Women and the Religion of Ancient Israel 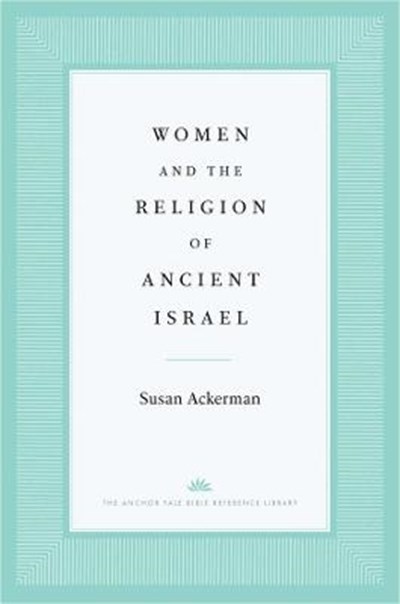 Women and the Religion of Ancient Israel

eBook FAQ
Add to Basket
Publisher: Yale University Press
ISBN: 9780300141788
Number of Pages: 576
Published: 24/05/2022
Width: 15.6 cm
Height: 23.5 cm
Description Author Information Reviews
A synthetic reconstruction of women's religious engagement and experiences in preexilic Israel "This monumental book examines a wealth of data from the Bible, archaeology, and ancient Near Eastern texts and iconography to provide a clear, comprehensive, and compelling analysis of women's religious lives in preexilic times."-Carol Meyers, Duke University Throughout the biblical narrative, ancient Israelite religious life is dominated by male actors. When women appear, they are often seen only on the periphery: as tangential, accidental, or passive participants. However, despite their absence from the written record, they were often deeply involved in religious practice and ritual observance. In this new volume, Susan Ackerman presents a comprehensive account of ancient Israelite women's religious lives and experiences. She examines the various sites of their practice, including household shrines, regional sanctuaries, and national temples; the calendar of religious rituals that women observed on a weekly, monthly, and yearly basis; and their special roles in religious settings. Drawing on texts, archaeology, and material culture, and documenting the distinctions between Israelite women's experiences and those of their male counterparts, Ackerman reconstructs an essential picture of women's lived religion in ancient Israelite culture.

Susan Ackerman is the Preston H. Kelsey Professor of Religion at Dartmouth College, where she has taught since 1990. She is the author of several books, including Warrior, Dancer, Seductress, Queen: Women in Judges and Biblical Israel. She lives in Lebanon, NH.