A Life of Faith and Dissent 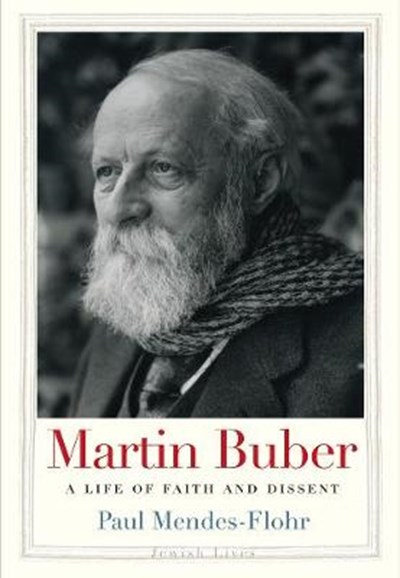 A Life of Faith and Dissent

QTY
Add to Basket
Publisher: Yale University Press
ISBN: 9780300153040
Number of Pages: 440
Published: 03/05/2019
Width: 17.3 cm
Height: 21.8 cm
Description Author Information Reviews
From the prizewinning Jewish Lives series, the first major biography in English in over thirty years of the seminal modern Jewish thinker Martin Buber "A scrupulously researched, perceptive biography."-Robert Alter, New York Times Book Review An authority on the twentieth-century philosopher Martin Buber (1878-1965), Paul Mendes-Flohr offers the first major biography in English in thirty years of this seminal modern Jewish thinker. The book is organized around several key moments, such as his sudden abandonment by his mother when he was a child of three, a foundational trauma that, Mendes-Flohr shows, left an enduring mark on Buber's inner life, attuning him to the fragility of human relations and the need to nurture them with what he would call a "dialogical attentiveness." Buber's philosophical and theological writings, most famously I and Thou, made significant contributions to religious and Jewish thought, philosophical anthropology, biblical studies, political theory, and Zionism. In this accessible new biography, Mendes-Flohr situates Buber's life and legacy in the intellectual and cultural life of German Jewry as well as in the broader European intellectual life of the first half of the twentieth century. About Jewish Lives: Jewish Lives is a prizewinning series of interpretative biography designed to explore the many facets of Jewish identity. Individual volumes illuminate the imprint of Jewish figures upon literature, religion, philosophy, politics, cultural and economic life, and the arts and sciences. Subjects are paired with authors to elicit lively, deeply informed books that explore the range and depth of the Jewish experience from antiquity to the present. In 2014, the Jewish Book Council named Jewish Lives the winner of its Jewish Book of the Year Award, the first series ever to receive this award. More praise for Jewish Lives: "Excellent." -New York Times "Exemplary." -Wall Street Journal "Distinguished." -New Yorker "Superb." -The Guardian

Paul Mendes-Flohr is editor-in-chief of the twenty-two-volume German critical edition of the collected works of Martin Buber and the author of German Jews: A Dual Identity. He is professor emeritus of the Divinity School, University of Chicago, and the Hebrew University of Jerusalem.