The Making of the Christianity-Judaism Divide 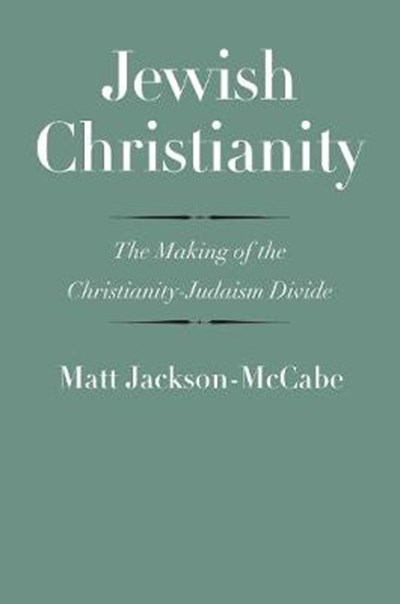 The Making of the Christianity-Judaism Divide

eBook FAQ
Add to Basket
Publisher: Yale University Press
ISBN: 9780300180138
Number of Pages: 328
Published: 04/08/2020
Width: 1.7 cm
Height: 2.4 cm
Description Author Information Reviews
A fresh exploration of the category Jewish Christianity, from its invention in the Enlightenment to contemporary debates For hundreds of years, historians have been asking fundamental questions about the separation of Christianity from Judaism in antiquity. Matt Jackson-McCabe argues provocatively that the concept "Jewish Christianity," which has been central to scholarly reconstructions, represents an enduring legacy of Christian apologetics. Freethinkers of the English Enlightenment created this category as a means of isolating a distinctly Christian religion from what otherwise appeared to be the Jewish culture of Jesus and the apostles. Tracing the development of this patently modern concept of a Jewish Christianity from its origins to early twenty-first-century scholarship, Jackson-McCabe shows how a category that began as a way to reimagine the apologetic notion of an authoritative "original Christianity" continues to cause problems in the contemporary study of Jewish and Christian antiquity. He draws on promising new approaches to Christianity and Judaism as socially constructed terms of identity to argue that historians would do better to leave the concept of Jewish Christianity behind.

Matt Jackson-McCabe is a professor in the Department of Philosophy and Comparative Religion at Cleveland State University. He is the author of Logos and Law in the Letter of James and editor of Jewish Christianity Reconsidered.