Connecting and Belonging in the Ancient City 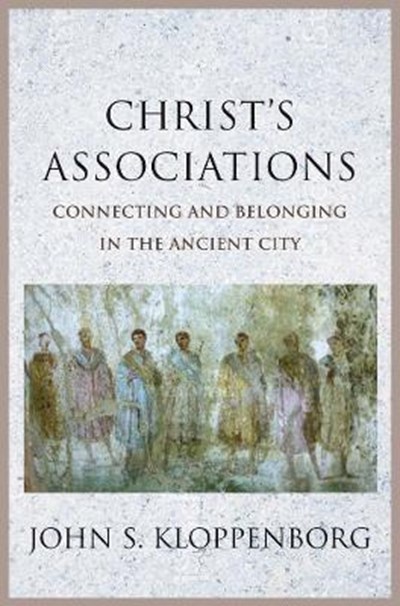 Connecting and Belonging in the Ancient City

eBook FAQ
Add to Basket
Publisher: Yale University Press
ISBN: 9780300217049
Number of Pages: 536
Published: 14/01/2020
Width: 15.6 cm
Height: 23.5 cm
Description Author Information Reviews
A groundbreaking investigation of early Christ groups in the ancient Mediterranean As an urban movement, the early groups of Christ followers came into contact with the many small groups in Greek and Roman antiquity. Organized around the workplace, a deity, a diasporic identity, or a neighborhood, these associations gathered in small face-to-face meetings and provided the principal context for cultic and social interactions for their members. Unlike most other groups, however, about which we have data on their rules of membership, financial management, and organizational hierarchy, we have very little information about early Christ groups. Drawing on data about associative practices throughout the ancient world, this innovative study offers new insight into the structure and mission of the early Christ groups. John S. Kloppenborg situates the Christ associations within the broader historical context of the ancient Mediterranean and reveals that they were probably smaller than previously believed and did not have a uniform system of governance, and that the attraction of Christ groups was based more on practice than theological belief.

John S. Kloppenborg is university professor and chair of the Department for the Study of Religion at the University of Toronto. A specialist in Christian origins, he has written extensively on the Synoptic Sayings Gospel (Q) and the parables of Jesus.