A Philadelphia Quaker Family's Journey through the American Revolution 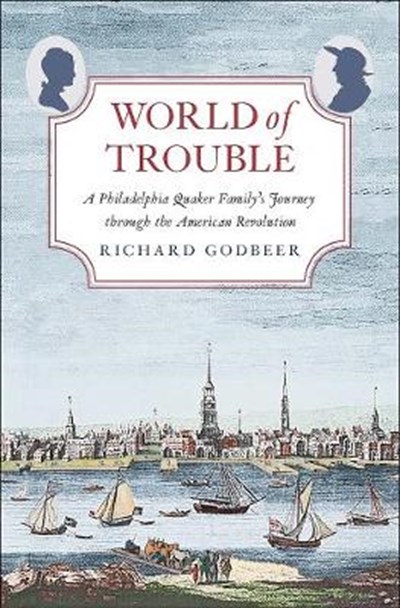 A Philadelphia Quaker Family's Journey through the American Revolution

eBook FAQ
Add to Basket
Publisher: Yale University Press
ISBN: 9780300219982
Number of Pages: 480
Published: 14/01/2020
Width: 15.6 cm
Height: 23.5 cm
Description Author Information Reviews
An intimate account of the American Revolution as seen through the eyes of a Quaker pacifist couple living in Philadelphia "Describe[s] in illuminating detail the sometimes dramatic experiences of this Quaker family, living in a major colonial city during a time of rebellion and feeling incessant pressure to modify their religious convictions for the sake of the patriot cause. . . . Well-written and fascinating."-Robert K. Landers, Wall Street Journal Historian Richard Godbeer presents a richly layered and intimate account of the American Revolution as experienced by a Philadelphia Quaker couple, Elizabeth Drinker and the merchant Henry Drinker, who barely survived the unique perils that Quakers faced during that conflict. Spanning a half-century before, during, and after the war, this gripping narrative illuminates the Revolution's darker side as patriots vilified, threatened, and in some cases killed pacifist Quakers as alleged enemies of the revolutionary cause. Amid chaos and danger, the Drinkers tried as best they could to keep their family and faith intact. Through one couple's story, Godbeer opens a window on a uniquely turbulent period of American history, uncovers the domestic, social, and religious lives of Quakers in the late eighteenth century, and situates their experience in the context of transatlantic culture and trade. A master storyteller takes his readers on a moving journey they will never forget.

Richard Godbeer is Director of the Hall Center for the Humanities and Charles W. Battey Distinguished Professor of History at the University of Kansas. He is a leading scholar of early American history whose previous books include Sexual Revolution in Early America and Escaping Salem.