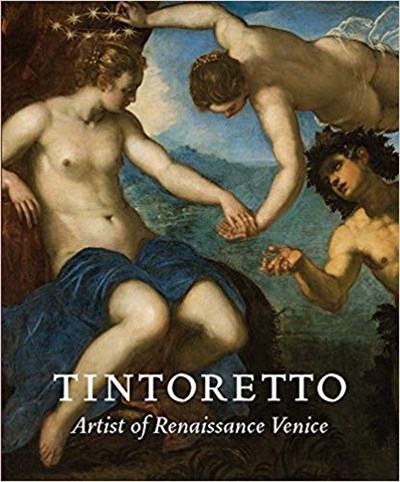 QTY
Add to Basket
Publisher: Yale University Press
ISBN: 9780300230406
Number of Pages: 336
Published: 04/09/2018
Width: 25.6 cm
Height: 30.4 cm
Description Author Information Reviews
Published on the 500th anniversary of Tintoretto's birth, this unprecedented publication celebrates one of Renaissance Italy's greatest painters Jacopo Tintoretto (1518 or 1519-1594) was known for the remarkable energy of his work. His contemporary Giorgio Vasari described him as the "most extraordinary brain that painting has ever produced." Considered to be one of the three great painters of 16th-century Venice, along with Titian and Paolo Veronese, Tintoretto is admired for his dramatic treatments of sacred and secular narrative subjects and his insightful portraits of the Venetian aristocracy. His bold and expressive brushwork, which made his paintings seem unfinished to his contemporaries, is now recognized as a key step in the development of oil-on-canvas painting. This lavishly illustrated study, published to coincide with the 500th anniversary of the artist's birth, features more than forty of Tintoretto's paintings, including many large-scale pieces that convey the breadth and power of his narrative works, along with a sample of his finest drawings. An international group of scholars led by Robert Echols and Frederick Ilchman explores Tintoretto's artistic activity and situates his life and work in the context of his contemporaries' work and of the Renaissance in Italy, providing a fundamental point of reference for modern scholarship and an essential introduction to the artist's career and oeuvre.