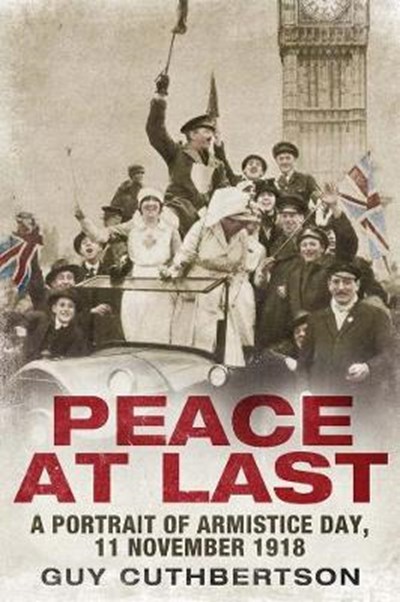 QTY
Add to Basket
Publisher: Yale University Press
ISBN: 9780300233384
Number of Pages: 304
Published: 02/10/2018
Width: 16.7 cm
Height: 23.2 cm
Description Author Information Reviews
A vivid, original, and intimate hour-by-hour account of Armistice Day 1918, to mark its centenary this year November 11, 2018, marks the centenary of the armistice signed between the Allies and Germany ending World War I. While the events of the war and its legacy are much discussed, this is the first book to focus solely on the day itself, examining how the people of Britain, and the wider world, reacted to the news of peace. In this rich portrait of Armistice Day, which ranges from midnight to midnight, Guy Cuthbertson brings together news reports, literature, memoirs, and letters to show how the people on the street, as well as soldiers and prominent figures like D. H. Lawrence and Lloyd George, experienced a strange, singular day of great joy, relief, and optimism.

Guy Cuthbertson is associate professor of English literature at Liverpool Hope University, and the British Academy's Chatterton Lecturer on Poetry in 2018. He has edited two volumes of Edward Thomas's prose. He lives in Liverpool, UK.