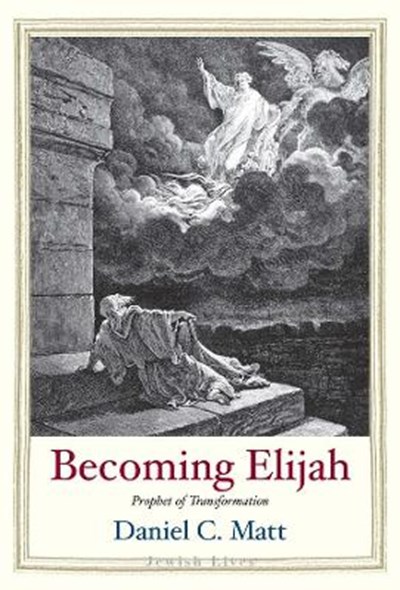 eBook FAQ
Add to Basket
Publisher: Yale University Press
ISBN: 9780300242706
Number of Pages: 248
Published: 10/05/2022
Width: 14.6 cm
Height: 21 cm
Description Author Information Reviews
The story of the prophet Elijah's transformation from fierce zealot to compassionate hero and cherished figure in Jewish tradition "In a series on Jewish Lives, this volume is about the Jewish life-the one that goes on forever. Becoming Elijah blends meticulous scholarship with bold literary and poetic imagination. Don't miss it!"-Arthur Green, author of Judaism for the World "The author's erudite prose and masterful command of history and faith traditions bring his subject to vibrant life. This is an edifying and accessible chronicle of a towering religious figure."-Publishers Weekly, starred review In the Bible Elijah is a zealous prophet, attacking idolatry and injustice, championing God. He performs miracles, restoring life and calling down fire. When his earthly life ends, he vanishes in a whirlwind, carried off to heaven in a fiery chariot. Was this a spectacular death, or did Elijah escape death entirely? The latter view prevailed. Though residing in heaven, Elijah revisits earth-to help, rescue, enlighten, and eventually herald the Messiah. Because of his messianic role, Jews open the door for Elijah during each seder-the meal commemorating liberation from slavery and anticipating final redemption. How did this zealot turn into a compassionate hero-apparently the most popular figure in Jewish tradition? Becoming Elijah explores this question, tracing how Elijah develops from the Bible to Rabbinic Judaism, Kabbalah, and Jewish ritual (as well as Christianity and Islam). His transformation is pertinent and inspirational for our polarized, fanatical world.

Daniel C. Matt is a leading authority on Kabbalah. His nine-volume annotated translation, The Zohar: Pritzker Edition, was honored with a National Jewish Book Award and has been hailed as "a monumental contribution to the history of Jewish thought."