The End of the Great Acceleration?and Why It?s Good for the Planet, the Economy, and Our Lives 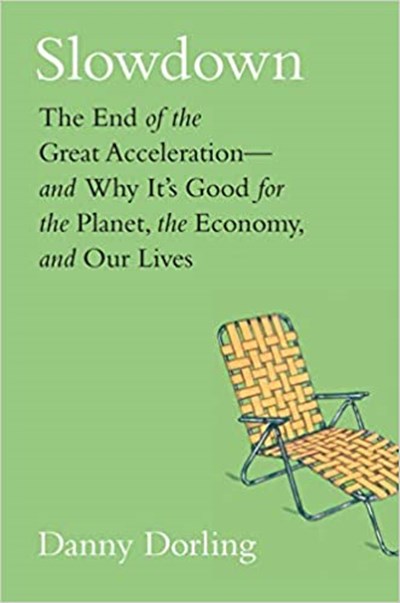 The End of the Great Acceleration?and Why It?s Good for the Planet, the Economy, and Our Lives

QTY
Add to Basket
Publisher: Yale University Press
ISBN: 9780300243406
Published: 31/03/2020
Description Author Information Reviews
The end of our high-growth world was underway well before COVID-19 arrived. In this powerful and timely argument, Danny Dorling demonstrates the benefits of a larger, ongoing societal slowdown Drawing from an incredibly rich trove of global data, this groundbreaking book reveals that human progress has been slowing down since the early 1970s. Danny Dorling uses compelling visualizations to illustrate how fertility rates, growth in GDP per person, and even the frequency of new social movements have all steadily declined over the last few generations. Perhaps most surprising of all is the fact that even as new technologies frequently reshape our everyday lives and are widely believed to be propelling our civilization into new and uncharted waters, the rate of technological progress is also rapidly dropping. Rather than lament this turn of events, Dorling embraces it as a moment of promise and a move toward stability, and he notes that many of the older great strides in progress that have defined recent history also brought with them widespread warfare, divided societies, and massive inequality.

Danny Dorling is the Halford Mackinder Professor of Geography at the University of Oxford. His previous books include Inequality and the 1% and The Equality Effect.