Life of Christina of Hane 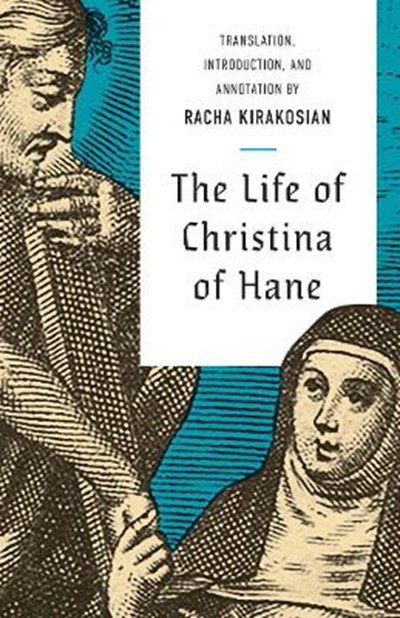 Life of Christina of Hane

eBook FAQ
Add to Basket
Publisher: Yale University Press
ISBN: 9780300250992
Number of Pages: 208
Published: 12/01/2021
Width: 14 cm
Height: 21.6 cm
Description Author Information Reviews
The first English translation of The Life of Christina of Hane, a gripping account of a largely unknown medieval female mystic "Who was Christina of Hane? History knows little about her, but Racha Kirakosian here presents a fascinating enigma-a mystical compendium disguised as a saint's Life. Students of medieval religion will eagerly probe its mysteries."-Barbara Newman, Northwestern University When one thinks of medieval mystics, names such as Julian of Norwich, Gertrude the Great, and Meister Eckhart come to mind. The thirteenth-century mystic Christina of Hane led an extraordinary life, but her recently unearthed case remains to be discovered in the English-speaking world. Christina's visions hark back to a monastic tradition of ascetic practices; at the same time, her life is unusual in many ways. Her vaginal self-mutilation, her competition with the Virgin Mary as queen of heaven and blessed mother, and her potentially heretical statements about her soul's union with Christ are but a few peculiarities worth highlighting. This remarkable work shines new light on convent life, spiritual practices, and physical and mental suffering in the life of a medieval woman and the community in which she lived.

Christina of Hane (ca. 1269-92) is the only known medieval female mystic of the Premonstratensian order. Racha Kirakosian is professor of medieval German at Albert-Ludwigs-Universitat Freiburg. She previously taught at Harvard University and the University of Oxford.