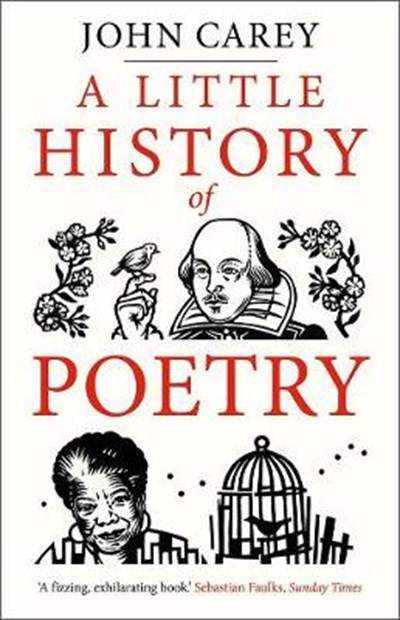 QTY
Add to Basket
Publisher: Yale University Press
ISBN: 9780300255034
Number of Pages: 320
Published: 02/02/2021
Width: 14 cm
Height: 21.5 cm
Description Author Information Reviews
A vital, engaging, and hugely enjoyable guide to poetry, from ancient times to the present, by one of our greatest champions of literature--selected as the literature book of the year by the London Times "[A] fizzing, exhilarating book."-Sebastian Faulks, Sunday Times, London "Delightful.'"-New York Times Book Review What is poetry? If music is sound organized in a particular way, poetry is a way of organizing language. It is language made special so that it will be remembered and valued. It does not always work-over the centuries countless thousands of poems have been forgotten. But this Little History is about some that have not. John Carey tells the stories behind the world's greatest poems, from the oldest surviving one written nearly four thousand years ago to those being written today. Carey looks at poets whose works shape our views of the world, such as Dante, Chaucer, Shakespeare, Whitman, and Yeats. He also looks at more recent poets, like Derek Walcott, Marianne Moore, and Maya Angelou, who have started to question what makes a poem "great" in the first place. For readers both young and old, this little history shines a light for readers on the richness of the world's poems-and the elusive quality that makes them all the more enticing.

John Carey is emeritus professor at Oxford. His books include The Essential Paradise Lost, What Good Are the Arts?, studies of Donne and Dickens, and a biography of William Golding. The Unexpected Professor, his memoir, was a Sunday Times best-seller.