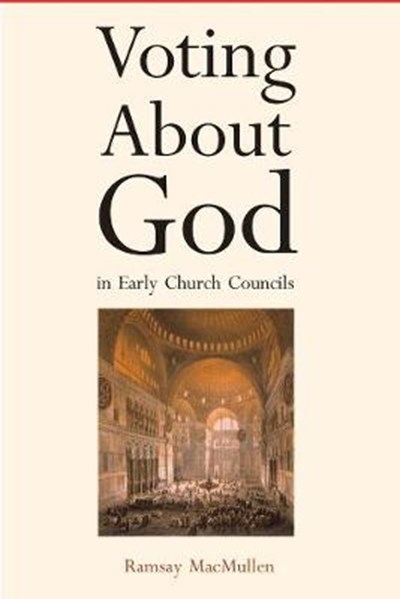 Publisher: Yale University Press
ISBN: 9780300255416
Number of Pages: 182
Published: 11/08/2020
Width: 15.6 cm
Height: 23.5 cm
Description Author Information Reviews
In this study, Ramsay MacMullen steps aside from the well-worn path that previous scholars have trod to explore exactly how early Christian doctrines became official. Drawing on extensive verbatim stenographic records, he analyzes the ecumenical councils from A.D. 325 to 553, in which participants gave authority to doctrinal choices by majority vote. The author investigates the sometimes astonishing bloodshed and violence that marked the background to church council proceedings, and from there goes on to describe the planning and staging of councils, the emperors' role, the routines of debate, the participants' understanding of the issues, and their views on God's intervention in their activities. He concludes with a look at the significance of the councils and their doctrinal decisions within the history of Christendom.

Ramsay MacMullen is emeritus professor in the Department of History at Yale University. Among his many previous books are Christianizing the Roman Empire, Corruption and the Decline of Rome, and Christianity and Paganism in the Fourth to Eighth Centuries.