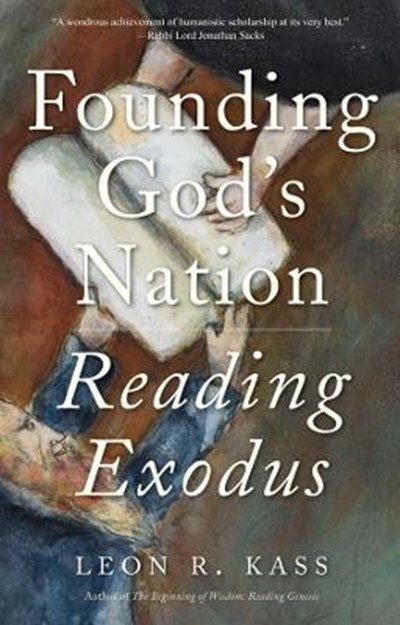 Publisher: Yale University Press
ISBN: 9780300264647
Number of Pages: 752
Published: 26/04/2022
Width: 15.6 cm
Height: 23.5 cm
Description Author Information Reviews
A chapter-by-chapter explanation of the Book of Exodus, revealing its wisdom about nation building and people formation "Kass draws from Exodus' record of the founding of Judaism timely-even urgent-universal lessons about twenty-first-century preconditions for human flourishing in any community. Compelling modern reflections on ancient wisdom."-Bryce Christensen, Booklist (starred review) In this long-awaited follow-up to his 2003 book on Genesis, humanist scholar Leon Kass explores how Exodus raises and then answers the central political questions of what defines a nation and how a nation should govern itself. Considered by some the most important book in the Hebrew Bible, Exodus tells the story of the Jewish people from their enslavement in Egypt, through their liberation under Moses's leadership, to the covenantal founding at Sinai and the building of the Tabernacle. In Kass's analysis, these events began the slow process of learning how to stop thinking like slaves and become an independent people. The Israelites ultimately founded their nation on three elements: a shared narrative that instills empathy for the poor and the suffering, the uplifting rule of a moral law, and devotion to a higher common purpose. These elements, Kass argues, remain the essential principles for any freedom-loving nation today.

Leon R. Kass is the Addie Clark Harding Professor Emeritus in the Committee on Social Thought and the College at the University of Chicago and Dean of the Faculty at Shalem College in Jerusalem. His books include The Beginning of Wisdom: Reading Genesis.