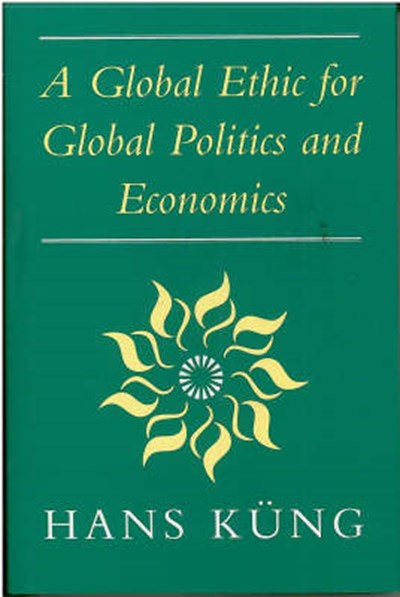 Join now Find out more
Publisher: SCM Press
ISBN: 9780334027041
Number of Pages: 334
Published: 01/01/1997
Width: 23.4 cm
Height: 15.6 cm
Description Author Information Reviews
Hans Kung's Global Responsiblity, published in 1991, marked an important new stage in his work. On the one hand it led to his magisterial books on Judaism and Christianity, and on the other hand it led to the Declaration toward a Global Ethic, approved by the Parliament of the World Religions in 1993, and the setting up of the Global Ethic Foundation of which he is president. This book marks a further practical step forward. In it Kung enters into a detailed examination of current ethical issues in politics and economics in a way which will surprise those who regard him solely as a theologian. Discussed at every stage of its creation with experts in politics and economics, his argument shows a quite remarkable grasp of contemporary issues and has that professional touch which is so much a hallmark of all that he has written. Can politics break all the rules, whether in international politics, domestic questions or in their personal lives? Is power everything, and do the means justify the end? These are the questions dealt with in the first part, which offers historical surveys of Realpolitik and more idealistic attempts at an alternative along with discussions of the war in former Yugoslavia and the Gulf War. Is the welfare state doomed? Is the market a law to itself? Does the future lie with the transnational companies? How much scope is there fore ethics in a business world which increasingly seems to be dominated by financial scandals? These are the issues in the second part. As well as tackling all these difficult questions in depth, Hans Kung offers his own concrete suggestions for a more humane social order. His vision will fascinate all those concerned for a better world, of all religious beliefs or none. Hans Kung was President of the Global Ethic Foundation in Tuebingen, Germany.

Hans Küng is a Swiss Catholic priest, theologian, and author. Since 1995 he has been President of the Foundation for a Global Ethic. He is notable for his rejection of the doctrine of papal infallibility