Societal and Sociological Factors in the Success of Early Christianity 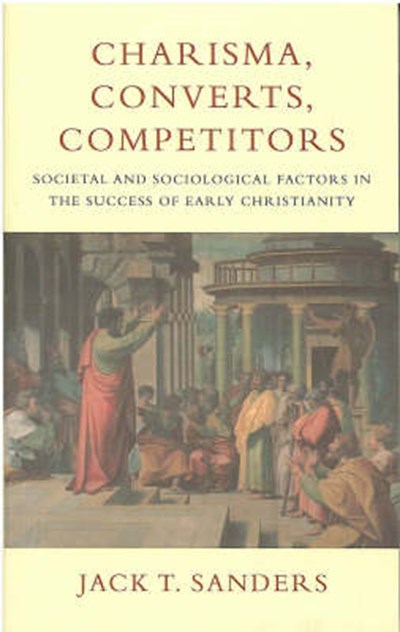 Societal and Sociological Factors in the Success of Early Christianity

Join now Find out more
Publisher: SCM Press
ISBN: 9780334027959
Published: 03/01/2000
Description Author Information Reviews
hy was Christianity so successful in its earliest days? That is the question which this important book examines again. It is not a new question, and answers have been given in the past by such distinguished scholars as Adolf von Harnack and R.M. Grant. But as our knowledge of the ancient world increases, new perspectives open up, and new disciplines are used, it becomes possible to approach it from fresh angles. The question why Christianity was successful inevitably takes us back to Jesus, and the first part of the book considers why people followed Jesus in the first place. Then there is an examination of why Gentiles were attracted to the new religion and why some found Christianity more appealing than its competitors. Finally, there is an investigation of what societal factors assisted Christianity, or were exploited by Christianity, in its march to triumph. This work is by no means a history of early Christianity It is rather an attempt to explain certain crucial elements in Christianity's success. The approach adopted here, making full use of the social sciences, sheds new light on some hitherto shadowy chapters and provides a new and better explanation of why Christianity triumphed in the Roman empire. Jack T. Sanders is Professor Emeritus of Religious Studies in the University of Oregon, USA.

"This is an interesting study that deals with three related questions in three rather long chapters: 1. Why Did People Follow Jesus? 2. Why Did the Gentiles Become Christians? 3. Why did Christianity Succeed in the Roman Empire?" G.Gispert-Sauch, S.J., Vidyajyoti Journal of Theological Reflection, September 2006.