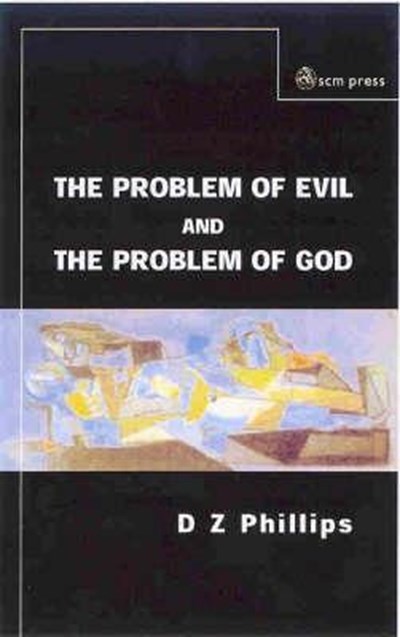 Join now Find out more
Publisher: SCM Press
ISBN: 9780334029663
Number of Pages: 300
Published: 01/09/2004
Width: 13.4 cm
Height: 21.6 cm
Description Author Information Reviews
By his own admission this is by far D Z Phillip's most systematic attempt to discuss the problem of evil. Within the text the author argues that the majority of Anglo-American philosophers of religion who make a distinction between what is called the logical problem of evil and what is known as the practical, emotive or pastoral problem of evil,are making false distinction. He argues that the logical is rooted in the practical. He does not intend to offer one'correct' response to the problem of evil, but to point out the the confusions that are created by reflecting on the logical, conceptual problem in isolation. He advocates that there will always be more than one response to dealing with the problem of evil, but sees it as the job pf philosophers to point out where conceptual confusion arises.

D Z Phillips currently holds the Danforth Chair in Philosophy of Religion at Claremont Graduate University, California and is Professor of Philosophy Emeritus and Rush Rhees Professor Emeritus at the University of Wales, Swansea. As well as currently being engaged in his own writing projects ,D Z Phillips is also the Director of the Rush Rhees and Peter Winch Archives, and editor of the journal 'Philosophical Investigations' and the 'Swansea Series in Philosophy'.

"It would be unfortunate if the readership of this book were confined to those with philosophical interests. For its critique of 'answers' to the problem of evil, ranging from the facile to the bizarre, it should be required reading on pastoral theology courses. For its reminder of the priority of grace over works (instrumentalism) it should be taken to heart by theologians. For its deep piety (something I distinguish from selfserving, effervescent 'spirituality'), it deserves to be read as a devotional work. There are not many recent philosophical works of which all of that can be said." Alan P F Sell, Milton Keynes, ANVIL Volume 22 n°3 2005

"An important contribution to the discussion of the sort of questions that the recent tsunami disaster has raised for many people. It is primarily philosophical and analytical, useful for the pastor who has to think about and answer people's questions (...)" Peter W.Russell.

"It is likely to appeal more to sailors on the sea of faith than to those complacently becalmed on the ocean of orthodoxy. But it is full of challenges that cannot be ignored, and insights that will repay further reflection." DrSaxbee, Bishop of Lincoln, CHURCH TIMES.

"The Problem of Evil and the Problem of God is a significant work which exposes some discussions of the problem of evil as decadent nonsense." Simon Oliver, TLS, December 9 2005

"This book, then, is an important contribution to the literature on the problem of evil, and is well worth reading. There is a wealth of argument here, and the second part shows a significant development of Phillips' own position." Religious Studies Department, Lancaster University, Philosophical Investigations, Vol 29, No2.