Belief and Unbelief in Medieval Europe 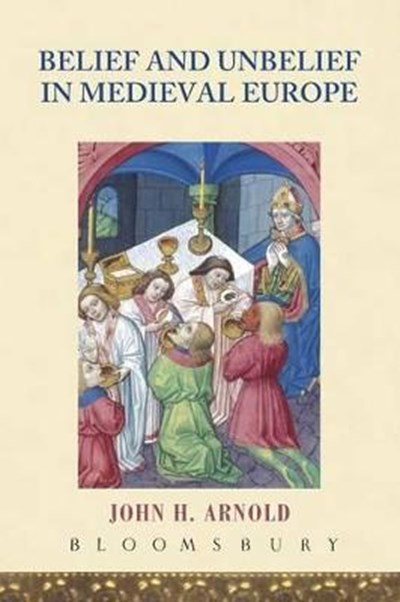 Belief and Unbelief in Medieval Europe

QTY
Add to Basket
Publisher: Bloomsbury Publishing PLC
ISBN: 9780340807866
Number of Pages: 328
Published: 30/06/2005
Width: 15.6 cm
Height: 23.4 cm
Description Author Information Reviews
Religion in medieval Europe was hugely important, and impinged upon the most mundane transactions and everyday experiences. But was the period a uniform 'Age of Faith'? By focussing on the ordinary laity, this fascinating account unlocks the multiple meanings of religion, asking how it functioned and with what effects. Holiness, piety and belief are explained and contextualized, as are heresy, dissent and superstition. The themes explored include religious acculturation, community, intercession and Christian identity as well as occasions of unbelief and lay people's rejection of the Church's message. This study deftly uncovers the meanings and struggles that lay below the smooth surface of medieval religious observance for the modern reader.

John H. Arnold is Professor of Medieval History at Birkbeck College, University of London. He is also the successful author of History: A Very Short Introduction.

'... by focusing on the laity over and extended period of time, he is able to highlight the multiple meanings, functions and even levels of religious belief (or unbelief) in medieval society. In so doing, Arnold presents a much more complicated picture of the so-called 'Age of Faith', and one which will be welcomed by specialist and student audiences alike.' The Journal of the Historical Association 'This is an ambitious book. In it, John H. Arnold presents a new and challenging way of interpreting the history of lay religious practices between 1000 and 1500 and the ways in which those practices interacted with the official positions of the church hierarchy.' H-France Review