The language of Jesus in his stories and prayers 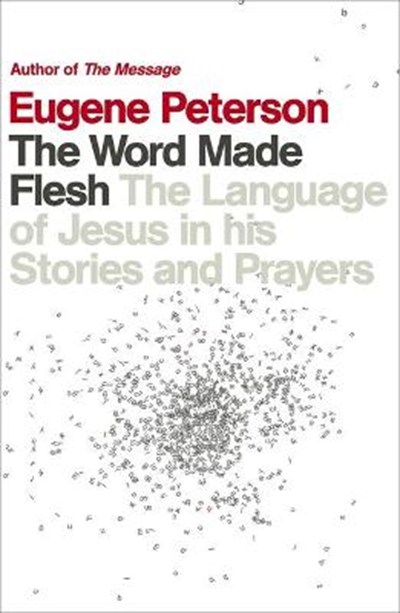 The language of Jesus in his stories and prayers

eBook FAQ
Add to Basket
Publisher: Hodder & Stoughton
ISBN: 9780340995174
Number of Pages: 304
Published: 18/03/2010
Width: 13.2 cm
Height: 19.7 cm
Description Author Information Reviews
THE WORD MADE FLESH is Eugene Peterson at his best: writing about words and the way we are called to use them. Continuing Peterson's evaluation of contemporary Christian Spirituality, THE WORD MADE FLESH is an extended meditation on language and the way it should be used in Christian community. As with the first three books in the series, THE WORD MADE FLESH is written for both lay and academic audiences. Challenging but deeply rewarding, it combines scholarship with the human experience and lightness of touch for which Peterson is known. Also available in the Spiritual Theology series: Christ Plays in Ten Thousand Places, Eat This Book, The Jesus Way and Practise Resurrection.

'A tour de force in spiritual theology, combining incisive cultural analysis and biblical exposition with a sweeping and engaging vision of the Christian life' (for CHRIST PLAYS IN TEN THOUSAND PLACES). Christianity Today 'Rich, generous, and wise, Peterson's "conversation" will help readers at every stage of faith to live their faith more deeply' (for CHRIST PLAYS IN TEN THOUSAND PLACES). Publishers Weekly Eugene Peterson keeps surprising us. It is hard to imagine where he will go next with his spiritual theology. His pen hugely blesses the church. The Christian Century