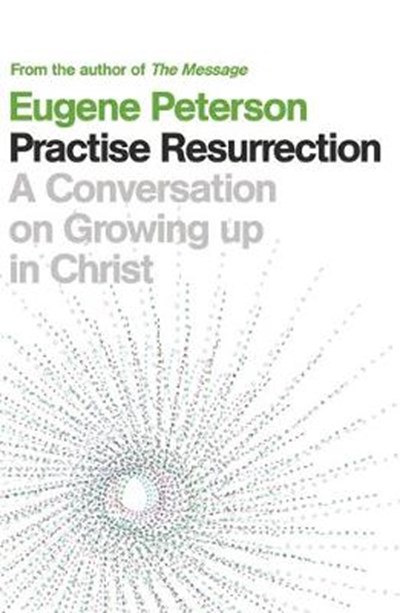 eBook FAQ
Add to Basket
Publisher: Hodder & Stoughton
ISBN: 9780340995181
Number of Pages: 304
Published: 17/03/2011
Width: 13.1 cm
Height: 19.8 cm
Description Author Information Reviews
Book five of Eugene Peterson's landmark SPIRITUAL THEOLOGY series: foundational reading for the twenty-first-century church. Continuing Peterson's evaluation of contemporary Christian spirituality, PRACTISE RESURRECTION is a study of the book of Ephesians. It is often thought to be Paul's most difficult letter, but has been for over thirty years Peterson's text for his identity as a pastor. Peterson points out that although Christians emphasise the importance of new birth, growth is equally important. This book is a conversation on spiritual formation and what it means to become a mature Christian. As with the first four books in this series, PRACTISE RESURRECTION is written for both lay and academic audiences. Challenging but deeply rewarding, it combines scholarship with the human experience and lightness of touch for which Peterson is known. Also available in the Spiritual Theology series: Christ Plays in Ten Thousand Places, Eat This Book, The Jesus Way and The Word Made Flesh.

He earned his B.A. in philosophy from Seattle Pacific University, his S.T.B. from New York Theological Seminary, and his M.A. in Semitic languages from Johns Hopkins University. He served as a pastor for 29 years and then became Professor Emeritus of Spiritual Theology at Regent College in Vancouver, retiring in 2006. Peterson is perhaps best known for his book THE MESSAGE: THE BIBLE IN CONTEMPORARY LANGUAGE and is also known for his involvement in the Renovare spiritual formation movement. The books in his spiritual theology series, including THE JESUS WAY and PRACTISE RESURRECTION, are widely acclaimed. He was the James M. Houston Professor of Spiritual Theology at Regent College in Vancouver, British Columbia from 1993-98. He lived in Montana until his death in October 2018.

'A tour de force in spiritual theology, combining incisive cultural analysis and biblical exposition with a sweeping and engaging vision of the Christian life' (for CHRIST PLAYS IN TEN THOUSAND PLACES) Christianity Today 'Deep, stirring, luminous, even profound - if you are going to read one book about reading Scripture, it should be this one.' (for EAT THIS BOOK) Lauren Winner