The Women Who Made an Art of Having an Opinion 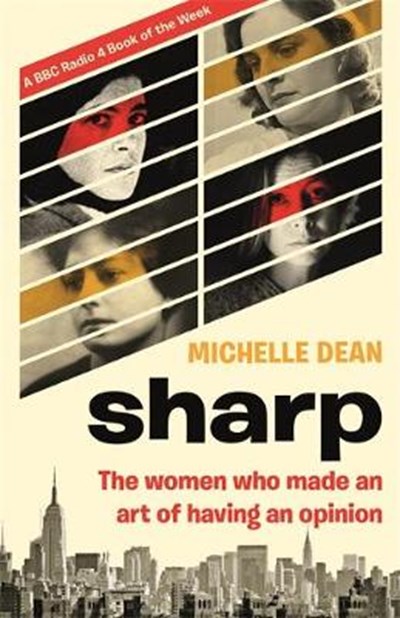 The Women Who Made an Art of Having an Opinion

QTY
Add to Basket
Publisher: Little, Brown Book Group
ISBN: 9780349005393
Number of Pages: 384
Published: 23/04/2018
Width: 17.1 cm
Height: 24.4 cm
Description Author Information Reviews
A BBC Radio 4 Book of the Week 'This is such a great idea for a book, and Michelle Dean carries it off, showing us the complexities of her fascinating, extraordinary subjects, in print and out in the world. Dean writes with vigor, depth, knowledge and absorption, and as a result Sharp is a real achievement' Meg Wolitzer, New York Times Dorothy Parker, Hannah Arendt, Mary McCarthy, Susan Sontag, Joan Didion, Nora Ephron and Janet Malcolm are just some of the women whose lives intertwined as they cut through twentieth-century cultural and intellectual life in the United States, arguing as fervently with each other as they did with the men who so often belittled their work as journalists, novelists, critics and poets. These women are united by their 'sharpness': an accuracy and precision of thought and wit, a claiming of power through their writing. Sharp is a rich and lively portrait of these women and their world, where Manhattan cocktail parties, fuelled by lethal quantities of both alcohol and gossip, could lead to high-stakes slanging matches in the Partisan Review or the New York Review of Books. It is fascinating and revealing on how these women came to be so influential in a climate in which they were routinely met with condescension and derision by their male counterparts. Michelle Dean mixes biography, criticism and cultural and social history to create an enthralling exploration of how a group of brilliant women became central figures in the world of letters, staked out territory for themselves and began to change the world.

Michelle Dean is a journalist, critic and the recipient of the National Book Critics Circle's 2016 Nona Balakian Citation for Excellence in Reviewing. A contributing editor at the New Republic, she has written for the New Yorker, Nation, New York Times Magazine, Slate, New York Magazine, Elle and BuzzFeed. She lives in New York City.