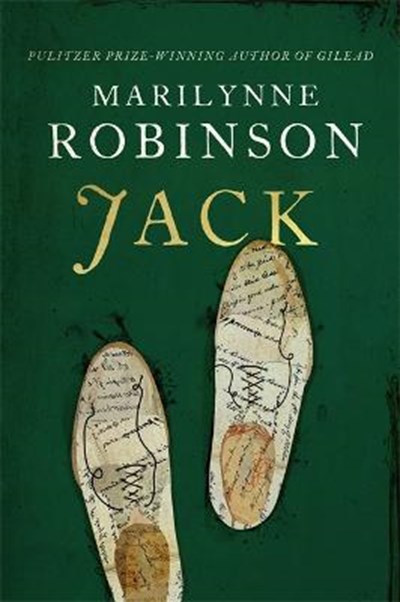 QTY
Add to Basket
Publisher: Little, Brown Book Group
ISBN: 9780349011813
Number of Pages: 320
Published: 29/09/2020
Width: 14.2 cm
Height: 22 cm
Description Author Information Reviews
'Grace and intelligence . . . [her work] defines universal truths about what it means to be human' BARACK OBAMA 'Radiant and visionary' SARAH PERRY, GUARDIAN A NEW YORK TIMES BESTSELLER A BARACK OBAMA BOOK OF THE YEAR 2020 AN OPRAH'S BOOK CLUB PICK Marilynne Robinson, winner of the Pulitzer Prize and the American National Humanities Medal, returns to the world of Gilead with Jack, the final in one of the great works of contemporary American fiction. Jack tells the story of John Ames Boughton, the loved and grieved-over prodigal son of a Presbyterian minister in Gilead, Iowa, a drunkard and a ne'er-do-well. In segregated St. Louis sometime after World War II, Jack falls in love with Della Miles, an African-American high school teacher, also a preacher's child, with a discriminating mind, a generous spirit and an independent will. Their fraught, beautiful story is one of Robinson's greatest achievements. 'Jack is the fourth in Robinson's luminous, profound Gilead series and perhaps the best yet' OBSERVER

Marilynne Robinson is the winner of the Pulitzer Prize for fiction, the National Book Critics Circle Award, the Women's Prize for Fiction and she has twice been nominated for the International Booker Prize. In 2013 she was awarded the National Humanities Medal by President Obama. She lives in Iowa.