How Good We Can Be

Ending the Mercenary Society and Building a Great Country 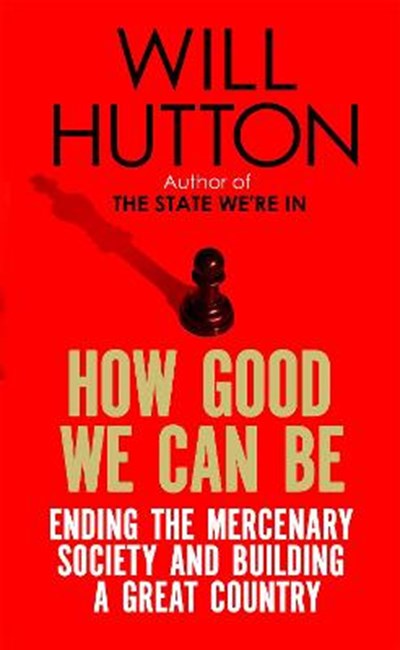 How Good We Can Be

Ending the Mercenary Society and Building a Great Country

QTY
Add to Basket
Publisher: Little, Brown Book Group
ISBN: 9780349140087
Number of Pages: 304
Published: 03/09/2015
Width: 12.8 cm
Height: 20.6 cm
Description Author Information Reviews
Britain is beset by a crisis of purpose. For a generation we have been told the route to universal well-being is to abandon the expense of justice and equity and so allow the judgments of the market to go unobstructed. What has been created is not an innovative, productive economy but instead a capitalism that extracts value rather than creates it, massive inequality, shrinking opportunity and a society organised to benefit the top 1%. The capacity to create new jobs and start-ups should not disguise that in the main the new world is one of throw away people working in throw away companies. The British are at a loss. The warnings of The State We're In have been amply justified. Will Hutton observes that the trends that so disturbed him twenty years ago have become more marked. Rather than take refuge in nativism and virulent euro-scepticism, Britain must recognize that its problems are largely made at home - and act to change them. With technological possibilities multiplying, a wholesale makeover of the state, business and the financial system is needed to seize the opportunities by being both fairer and more innovative. The aim must be to create an economy, society and democracy in which the mass of citizens flourish. In this compelling and vital new book Hutton spells out how.

Will Hutton is Principal of Hertford College, co-founder of the Big Innovation Centre and a columnist for the Observer, where he was Editor, then Editor-in-Chief for four years. He began his career in journalism as economics editor for the BBC's Newsnight and for the Guardian.