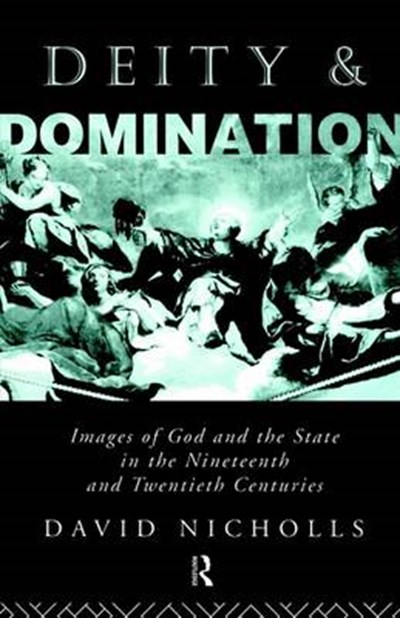 eBook FAQ
Add to Basket
Publisher: Taylor & Francis Ltd
ISBN: 9780415011723
Published: 25/11/1993
Description Author Information Reviews
'Religion and politics are necessarily related', declared Ronald Reagan, while addressing an ecumenical prayer breakfast of 17,000 people in Dallas. But how are they connected? Many popular images of God - King, Lord, and Judge - are essentially political, while concepts of might, majesty, dominion, and power are used of both God and the state. This ambitious and original work explores the relations between these images and their political context through the analogy between divine and civil government, and considers what images of God may legitimately be employed by Christians in the twentieth century. David Nicholls suggests that religious conceptions have often affected political thinking - theological rhetoric, child of political experience, may also be mother of political change. Drawing upon politics, theology, history, sociology, anthropology, and literary criticism, this important new book will be essential reading for all concerned with the relation between Christianity and politics.

"This work, the first of two projected volumes, is based on the author's Hulsean lectures, delivered at Cambridge University in 1985. Nicholls seeks to "explore the extent to which images and concepts of God are commonly borrowed from political discourse and carry with them political connotations.'.""
-Times Literary Supplement
"[This work is] often stimulating and informative and always synoptic in scope. . . . Nicholl's theme, the idea that human self-sufficiency (o autarky) has grown in modernity and that this in turn deeply affects modern culture's understanding of God is, of course, well founded. Even if the idea is a truism of Western culture, the theme's infinite variations are here tracked effectively, even if occasionally idiosyncratically, through a variety of major and minor figures. . . . Rather than breaking new ground monographically, the book's utility lies in the broad perspective it brings to the topic. That the interpretations generally present concensus views is a virtue of the book for novice readers. Yet specialists will find that the work's vast sweep through the history of ideas does less than justice to the figures or issues that are treated."
-R. E. Crouter "Choice, April 1990
"Now is the great age of political image: our democratic God is exclusive; his egalitarianism is blind to the discrimination of real truth and real error. How suited this is to real Anglicanism, which seems so exactly to fit the demands of contemporary liberal culture--despite its secular orientation and its evident godlessness. Seemingly any benevolence discovers a haven within its worldly inconsequence, and no one must rock the boat with divisive opinions. Dr. Nicholls'sexcellent book shows up the relativism of it all. He does not disguise his intellectual polemicism; his religious preferences, however, are controlled and subtle. So much in these pages is true: it is not likely to be an influential work, at least within the Church."
-Edward Norman, "Times Literary Supplement
"This volume is first rate."
-"Political Studies
." . . both stimulating and rewarding, we will eagerly await the publication of the companion volume."
-"Christian Week