God and Government in an Age of Reason 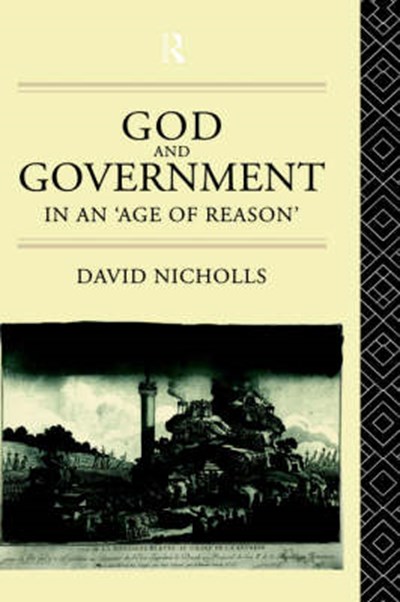 God and Government in an Age of Reason

QTY
Add to Basket
Publisher: Taylor & Francis Ltd
ISBN: 9780415011730
Published: 02/11/1995
Description Author Information Reviews
In this companion volume to Deity and Domination, David Nicholls broadens his examination of the relationship between religion and politics. Focusing on the images and concepts of God and the state predominant in eighteenth-century discourse, he shows how these were interrelated and reflect the language of the wider cultural contexts. Nicholls argues that the way a community pictures God will inevitably reflect (and also affect) its general understanding of authority, whether it be in state, in family or in other social institutions. Much language about God, for example, has a primarily political reference: in psalms, hymns and sermons God is called king, judge, lord, ruler and to him are ascribed might, majesty, dominion, power and sovereignty. But if political rhetoric is frequently incorporated into religious discourse, the reverse is also true: many key concepts of modern political theory are secularised theological concepts. In his consideration of this important and neglected relationship Nicholls sheds new light on religion and politics in the eighteenth century.

"A major piece of modern scholarship, very much in tune with revived modern concerns about religion and politics."
-Bernard Crick