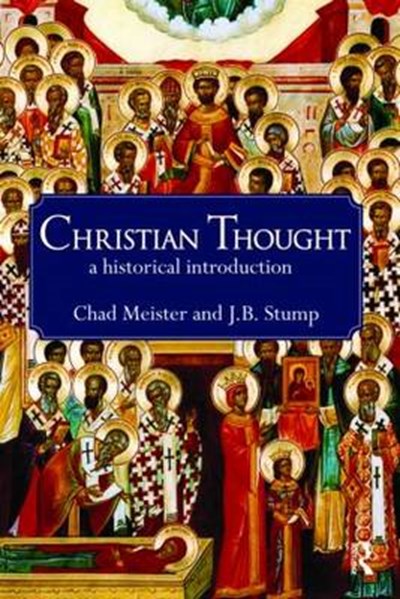 eBook FAQ
Add to Basket
Publisher: Taylor & Francis Ltd
ISBN: 9780415440073
Published: 10/05/2010
Description Author Information Reviews
The story of Christian thought is essential to understanding Christian faith today and the last two millennia of world history. This fresh and lively introduction explores the central ideas, persons, events, and movements that gave rise to Christian thought, from early beginnings to its present forms. By highlighting the important but often neglected role of women and the influence of non-Christian ideas and movements, this book provides a broader context for understanding the history of Christian ideas and their role in shaping our world. This work chronicles the impressive developments of Christian thinking which arose from these contexts and have transcended the ages. "Christian Thought" provides an overview of the context of Christianity's origin, including discussion of the influence of Hebrews, Greeks, and Romans in the ancient world and the founding figures of Jesus and Paul. It explores the major events and figures of the history of Christian thought, while drawing attention to significant voices which have often been suppressed. It analyses the impact on Christian thought of widely discussed events such as The Great Schism, the Scientific Revolution, and Modernism. It surveys contemporary trends such as fundamentalism, feminism, and postmodernism. Complete with illustrations, timelines and maps, this is an ideal resource for anyone wanting to learn more about the development of Christian thought and its influence over the centuries.

"Most works on the history of Christian thought are written by historians. What makes Christian Thought: A Historical Introduction especially valuable is that its authors are philosophically trained theologians. Accordingly, while not setting aside important issues of historical context, Meister and Stump are highly successful in getting at the inner logic of the ideas that flow throughout Christian history. The book is user-friendly with excellent charts, summary points, and clarity of style, and it is an intellectually rich treatment of its subject matter. I highly recommend it." - J. P. Moreland, Talbot School of Theology, USA "Meister and Stump have produced an impressive volume. Their writing is clear and their presentation is even-handed. Every writer of an introductory text has to wrestle with what to include and what to omit. Meister and Stump have done an admirable job focusing on what is essential without losing a sense of the nuance, detail, and narrative of the history of Christian thought. Also impressive is the way that they have woven into their account some of the lost voices in Christian history and that they have done so without diminishing the importance of traditional figures and loci. The inclusion of maps, timelines, and study questions maximizes this volume's usefulness as a textbook. Highly recommended!" - James Beilby, Professor of Systematic and Philosophical Theology, Bethel University, Minnesota, USA "This ambitious and far-reaching volume surpasses other introductions to Christianity in its combination of depth and scope, and its attentiveness to the contributions of women, of different liberationists, and, indeed, of Jews and Muslims, to Christian thought. Its focus is not the Church or Christian movements or practice, but theology. It brings the story of theology alive by telling it through the people and circumstances in which theological understanding has been demanded, mined, sculpted and honed."a - Harriet Harris, Member of the Faculty of Theology, University of Oxford, and Chaplain of Wadham College, Oxford "Focusing on both key individuals as well as broader movements, the authors demonstrate a skill for portraying the nuances of Christian thought, its context, and a spectrum of scholarly opinions on various topics in an accessible fashion. The result is a highly useful resource for students and scholars alike ... the clarity with which Meister and Stump write on such a variety of subjects is admirable, as is their fair-minded analysis and inclusive approach." - D.A. Schmidt, Princeton Theological Seminary,USA, Journal of the Evangelical Theological Society