An Essay in Phenomenological Ontology 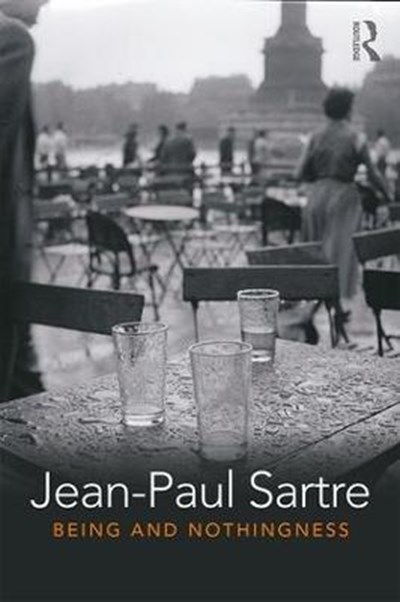 An Essay in Phenomenological Ontology

Publisher: Taylor & Francis Ltd
ISBN: 9780415529112
Number of Pages: 848
Published: 25/06/2018
Width: 15.6 cm
Height: 23.4 cm
Description Author Information Reviews
First published in French in 1943, Jean-Paul Sartre's L'Etre et le Neant is one of the greatest philosophical works of the twentieth century. In it, Sartre offers nothing less than a brilliant and radical account of the human condition. The English philosopher and novelist Iris Murdoch wrote to a friend of "the excitement - I remember nothing like it since the days of discovering Keats and Shelley and Coleridge". This new translation, the first for over sixty years, makes this classic work of philosophy available to a new generation of readers. What gives our lives significance, Sartre argues in Being and Nothingness, is not pre-established for us by God or nature but is something for which we ourselves are responsible. At the heart of this view are Sartre's radical conceptions of consciousness and freedom. Far from being an internal, passive container for our thoughts and experiences, human consciousness is constantly projecting itself into the outside world and imbuing it with meaning. Combining this with the unsettling view that human existence is characterized by radical freedom and the inescapability of choice, Sartre introduces us to a cast of ideas and characters that are part of philosophical legend: anguish; the "bad faith" of the memorable waiter in the cafe; sexual desire; and the "look" of the Other, brought to life by Sartre's famous description of someone looking through a keyhole. Above all, by arguing that we alone create our values and that human relationships are characterized by hopeless conflict, Sartre paints a stark and controversial picture of our moral universe and one that resonates strongly today. This new translation includes a helpful Translator's Introduction, a comprehensive Index and a Foreword by Richard Moran, Brian D. Young Professor of Philosophy, Harvard University, USA. Translated by Sarah Richmond, University College London, UK.

Jean-Paul Sartre (1905 - 1980) was one of the great philosophers of the twentieth century and a renowned novelist, dramatist, and political activist. As a teenager Sartre was drawn to philosophy after reading Henri Bergson's Time and Free Will. He passed the agregation in philosophy at the Ecole Normale Superieure in Paris in 1929. His first novel La Nausee, which Sartre considered one of his best works, was published in 1938. Sartre served as a meteorologist in the French army before being captured by German troops in 1940, spending nine months as a prisoner of war. He continued to write during his captivity and, after his release, he published his great trilogy of novels, Les Chemins de la Liberte. In 1964, Sartre was awarded the Nobel Prize in Literature but declined it. During the events of 1968 he was arrested for civil disobedience but swiftly released by President Charles de Gaulle, who allegedly said "one does not arrest Voltaire". He died on 15 April 1980 in Paris, his funeral attracting an enormous crowd of up to 50,000 mourners. He is buried in the Cimetiere du Montparnasse in Paris.