Receptions, Rediscoveries and Rebuttals in the Sociology of Religion 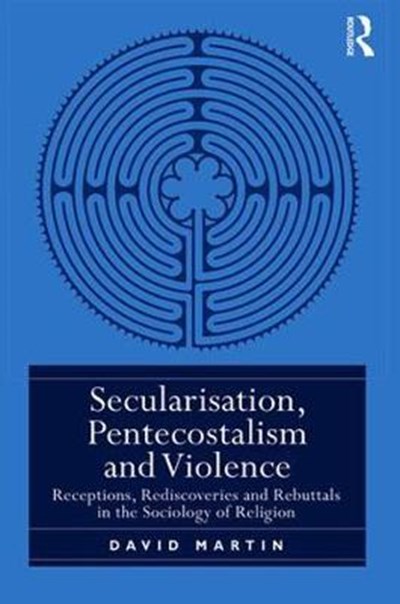 Receptions, Rediscoveries and Rebuttals in the Sociology of Religion

QTY
Add to Basket
Publisher: Taylor & Francis Ltd
ISBN: 9780415788595
Number of Pages: 194
Published: 09/03/2017
Width: 15.6 cm
Height: 23.4 cm
Description Author Information Reviews
In this book David Martin brings together a coherent summary of his many years of ground-breaking academic work on the sociology of religion. Covering key and contentious areas from the last half-century such as secularisation, religion and violence, and the global rise of Pentecostalism, it presents a critical recuperation of these themes, some of them first initiated by the author, and a review of their reception history. It then reviews that reception history in a way that discusses not only the subjects themselves, but also the academic practices that have surrounded them. As such, this collection is vital reading for all academics with an interest in David Martin's work, as well as those involved with the sociology of religion and the study of secularisation more generally.

David Martin is Emeritus Professor of Sociology, London School of Economics and Political Science (LSE), UK, and Fellow of the British Academy. He was born in Mortlake in 1929 and attended East Sheen Grammar School and Westminster College. In the latter part of a seven-year period in primary school teaching he took a first class (external) degree in sociology in his spare time and won a post-graduate scholarship to the LSE. He became a lecturer in the LSE sociology department in 1962 and was a professor from 1971 to 1989. After his first book on pacifism (1965) he produced the first critique of secularisation theory (1965) and the first statement of a general theory of secularisation (1969 and 1978). From 1986 to 1990 he was Distinguished Professor of Human Values at Southern Methodist University, USA, and turned to the study of global Pentecostalism, producing the first summary statement of the worldwide Pentecostal phenomenon in 1990. He also returned to the issue of religion and violence and explored issues in music and nationalism, and sociology and theology. His intellectual autobiography, The Education of David Martin, appeared in 2013.