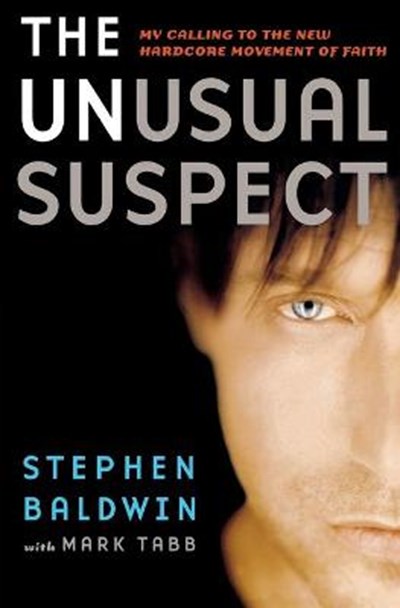 Publisher: Time Warner Trade Publishing
ISBN: 9780446581790
Number of Pages: 304
Published: 12/11/2007
Description Author Information Reviews
Playing a bit off The Usual Suspects, the most successful of his more than 60 movies, Stephen reveals his unbelievable change from a hardcore party boy to a hardcore follower of Jesus Christ. Of all the people who have expressed disbelief about his conversion, Stephen says he remains the most surprised. He describes "hardcore faith" as the willingness to put your life and future completely in the hands of the invisible God, obeying His direction to the death. His life has been completely transformed - and we get the behind-the-scenes look at how that transformation has impacted his life inside and out. Stephen brazenly relays his observations about the culture at large and the work of the Church in it. He believes that the exposure of the Gospel must be ramped up and the way it is expressed must be changed as the culture changes. He is just as emphatic, however, that as ministry flexes with the times, it must remain true to the power and transcendent truth of the Gospel. The core of his message: "You must be willing to try faith God's way, not yours, and when you do you will find a life beyond anything you could have dreamed."

Stephen Baldwin - actor, family man, born-again Christian. Through an impressive body of work, Stephen continues to be a popular and sought-after talent in the film and television industry. Stephen makes his home in upstate New York with his wife and two young daughters. Mark Tabb is the author of twelve books including Living with Less and Out of the Whirlwind. He and his wife, Valerie, live in Knightstown, Indiana with their three daughters.