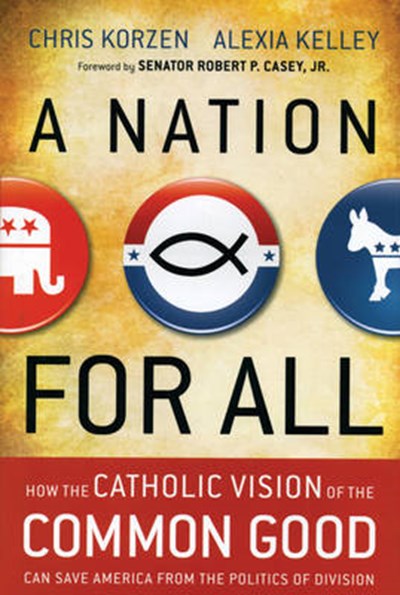 Publisher: John Wiley and Sons Ltd
ISBN: 9780470258620
Number of Pages: 176
Published: 01/07/2008
Width: 15.9 cm
Height: 23.2 cm
Description Author Information Reviews
On the eve of the most important presidential election in decades, A NATION FOR ALL sounds the trumpet to the tens of millions of U.S. Catholics who have refused to buy the notion that people of faith must subscribe to the narrow agenda of the far right. By shining the light of authentic Catholic teaching on pressing contemporary concerns like war, human dignity, poverty, and the looming global climate crisis, this book shows Catholics how their own faith tradition calls them to tackle a sweeping array of issues commonly left out of the faith and politics dialog. Most important, A NATION FOR ALL demonstrates how the core Catholic and Christian belief in promoting the common good can provide Americans of all faith traditions with a much-needed solution to the downward spiral of greed, materialism, and excessive individualism.

"The authors provide a short survey of Catholic social teaching... and explain key themes of that social teaching, including solidarity and the preferential option for the poor." (Publishers Weekly, March 24, 2008)