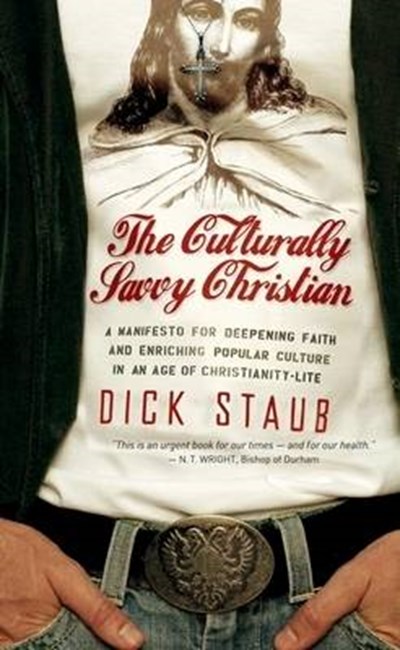 QTY
Add to Basket
Publisher: John Wiley & Sons Inc
ISBN: 9780470344033
Number of Pages: 256
Published: 19/09/2008
Width: 15.3 cm
Height: 23 cm
Description Author Information Reviews
In The Culturally Savvy Christian --his incisive critique of contemporary culture and religion--Dick Staub concludes that though it is influential, American popular culture is generally superficial (diversionary, mindless, and celebrity-driven) spiritually delusional (moralistic, therapeutic, and deistic) and soulless (sustained not by art, craft, and ideas, but by the mad pursuit of profit--propped up by marketing and technology). Similarly American Christianity has devolved into its own mindless, diversionary, and celebrity-driven superficiality. Because humans are created in God's image with spiritual, intellectual, creative, moral, and relational capacities, we long for more, yet the true seeker faces the lose-lose alternatives of a soul-numbing culture and a vacuous Christianity-lite. The renaissance we need in both faith and culture will originate in a deep spiritual renewal that restores God's image in us and creates a new breed of culturally savvy, thoughtful creatives who rekindle the spiritual, intellectual, and creative legacy of Christians as enrichers of culture.

Dick Staub is an award-winning broadcaster, writer, and speaker, whose work focuses on understanding faith and culture and interpreting each to the other. He is the radio personality behind The Dick Staub Show , a nationally syndicated daily broadcast he hosted for fifteen years, and The Kindlings Muse podcast at www.thekindlings.com. His commentaries can be read regularly at www.dickstaub.com.

"Dick Staub has written an engaging and provocative book needed in our times...His insightful critique of popular Christianity and his numerous quotes make it a good source for sermon material or a book discussion group. He provides us with 'slow food' for thought." - The Rev. Canon Jonathon Jensen, The Living Church magazine (May 2009)