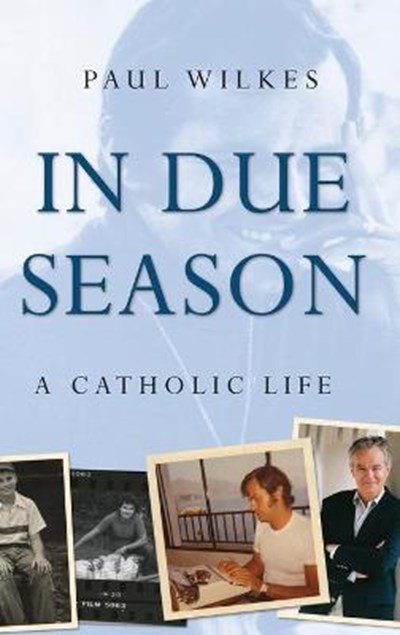 eBook FAQ
Add to Basket
Publisher: John Wiley & Sons Inc
ISBN: 9780470423332
Number of Pages: 320
Published: 03/04/2009
Width: 16.5 cm
Height: 23.4 cm
Description Author Information Reviews
Paul Wilkes has been a writer/journalist, a TV producer, a monastic, a hedonist, a friend of the famous, a family man, and ultimately a true prodigal son. With In Due Season , Wilkes, one of America's most respected writers on religious belief and spirituality, details his search for God--from his working class upbringing in Cleveland to giving up everything he owned and living with the poor to his hedonistic life among the rich and famous. Wilkes's inspiring life story is one of abysmal failure and ultimate triumph, of a faith in God, battered and tried in the crucible of his experience. Paul Wilkes (Wilmington, NC) is a writer and filmmaker who is best known for his focus on religion, especially Roman Catholicism and its monastic tradition.

Paul Wilkes is an American writer, speaker, and filmmaker who is best known for his focus on religion, especially Roman Catholicism and its monastic tradition. Wilkes has written for the New Yorker, New York Times Magazine, and Atlantic Monthly. His book, In Mysterious Ways: The Death and Life of a Parish Priest , won a Christopher Award. In addition to Merton, his PBS documentary, Paul was host and writer of the acclaimed television series Six American Families, which won a duPont-Columbia award for documentary excellence.

STARRED REVIEW In an exquisite memoir that often reads like a novel, writer Wilkes ( In Mysterious Ways: The Death and Life of a Parish Priest ) recounts and reflects upon his life as a Catholic. Although his journey includes a decade as a Protestant and ongoing discomfort with certain aspects of Catholicism, Wilkes deftly mines its imagery and its figures, particularly the Trappist monk Thomas Merton, a major and recurring influence. As Wilkes meanders through a life that begins in a working-class Cleveland neighborhood, he candidly relates his passages of sin and saintliness, including a conversion-in-reverse when he gains fame as a writer and an interlude following the end of his first marriage in which he lives among the poor, caring for society's castoffs. Readers will experience his confusion, the "decaying smell of [his] dying soul" and his triumphs as they wonder if the "it" he seeks will find him and whether he will marry again or become a monk. This is fine, engrossing reading for all who appreciate the struggle inherent in the spiritual quest. ( Publishers Weekly , January 2009) "Paul Wilkes has written the first 21st-century Christian classic. His In Due Season: A Catholic Life will rank alongside, not run second to, Thomas Merton's The Seven Storey Mountain . It is its companion volume. The bridge between ideals that Wilkes builds with this book carries the American Catholic story from the ghetto, through war, through Vatican II, through the hedonistic 1970s, through a changing church, through the ravages of affluence and easy money, to the questioning of today. In Due Season ranks alongside Merton's best because Wilkes absorbed Merton, then moved forward with him, and ultimately beyond him." --National Catholic Reporter, reviewed by Arthur Jones, published March 6, 2009. "Paul Wilkes has written an honest and revealing memoir in which nothing is held back... In Due Season excels on many levels. Wilkes is a felicitous writer who can be read for the simple pleasure of connecting with a prose artist." -- The Boston Globe (June 2009)