The Fusion of Intimacy and Impact 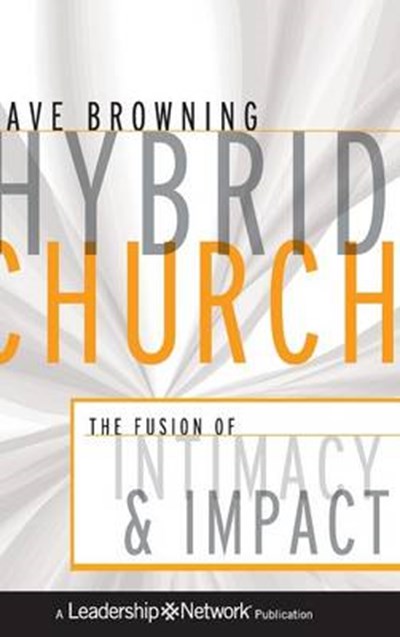 The Fusion of Intimacy and Impact

eBook FAQ
Add to Basket
Publisher: John Wiley & Sons Inc
ISBN: 9780470572306
Number of Pages: 160
Published: 15/10/2010
Width: 16.5 cm
Height: 22.9 cm
Description Author Information Reviews
A hands-on resource for both large and small churches It has been predicted that in the twenty-first century extremely large churches would emerge in America that resemble neither an elephant nor a field of mice. Which is better? At one time the answer would have been either/or. Now it's both/and. We want both the intimacy of smallness and the impact of bigness-we want a hybrid of the two. Hybrid Church is a practical guide for clergy and leaders who want to have the best of both church worlds: the intimacy of small "house church" groups and the impact of very large mega-churches. * Offers a guide for churches who want to capitalize on their strengths to build intimacy with impact * Written by the pastor of one of the "fastest growing" and "most innovative" churches in America with thousands of members organized in small house groups * Outlines a vision for how the church of tomorrow could look like the early church. Given that the trend is toward very large and very small, with few churches in the middle, this book will be a welcome resource for both large and small churches.

Dave Browning is a visionary minimalist and the founder of Christ the King Community Church, International (CTK). CTK is a nondenominational, multilocation church that has been noted as one of the "fastest growing" and "most innovative" churches in America by employing the K.I.S.S method: "keep it simple and scalable." It involves 17,000 people in several countries. He is the author of Deliberate Simplicity: How the Church Does More by Doing Less.