In the Footsteps of King David

Revelations from an Ancient Biblical City 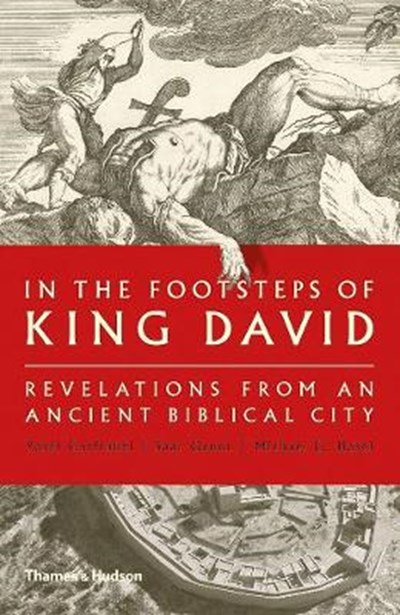 In the Footsteps of King David

Revelations from an Ancient Biblical City

eBook FAQ
Add to Basket
Publisher: Thames & Hudson Ltd
ISBN: 9780500052013
Number of Pages: 256
Published: 07/06/2018
Width: 15.3 cm
Height: 23.4 cm
Description Author Information Reviews
King David is a pivotal figure in the Bible, which provides stirring accounts of his deeds, including the slaying of the Philistine giant Goliath and the founding of his capital in Jerusalem. However, no certain archaeological finds from the period of his reign or of the united kingdom he ruled over have been uncovered - until now. In this first-hand and highly readable account, the excavators of Khirbet Qeiyafa in the Valley of Elah, where the Bible says David fought Goliath, reveal how seven years of exhaustive investigation have uncovered a city dating to the time of David - the late 11th and early 10th century bc - surrounded by massive fortifications with impressive gates, a clear urban plan and an abundance of finds that tell us much about the inhabitants, including a pottery sherd with the earliest known Hebrew inscription. The authors clearly describe the methods of the excavation and the evidence they discovered, as well as how we interpret it. But more than just a simple excavation report, this book also explains the significance of these discoveries and how they shed new light on David's kingdom, as well as discussing the link between the Bible, archaeology and history. This topic is at the centre of a decades-long controversy, with some scholars disputing that the Bible contains a record of historical events and people, an approach that is convincingly challenged here.