A Practitioner's Guide to the Supernatural in Greece and Rome 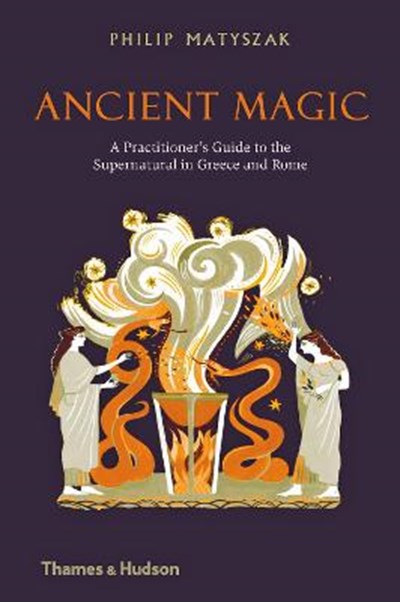 A Practitioner's Guide to the Supernatural in Greece and Rome

QTY
Add to Basket
Publisher: Thames & Hudson Ltd
ISBN: 9780500052075
Number of Pages: 208
Published: 14/02/2019
Width: 12.9 cm
Height: 19.5 cm
Description Author Information Reviews
Magic was everywhere in the ancient world. The supernatural abounded, turning flowers into fruit and caterpillars into butterflies. Magic packed a cloud of water vapour with energy enough to destroy a house with one well-aimed thunderbolt. It was everyday magic, but it was still magical. Philip Matyszak takes readers into that world. He shows us how to make a love potion or cast a curse, how to talk to the dead and how to identify and protect oneself from evil spirits. He takes us to a world where gods, like humans, were creatures of space and time; where people could not just talk to spirits and deities, but could even themselves become divine; and where divine beings could fall from - or be promoted to - full godhood. Ancient Magic offers us a new way of understanding the role of magic, looking at its history in all of its classical forms. Drawing on a wide array of sources, from Greek dramas to curse tablets, and lavishly illustrated throughout, and packed with information, surprises, lore and learning, this book will offer an engaging and accessible way into the supernatural for all.

Philip Matyszak has a doctorate in Roman history from St John's College, Oxford. He is the author of many books on classical civilization, including Chronicle of the Roman Republic, The Enemies of Rome, The Sons of Caesar, Ancient Rome on Five Denarii a Day, Ancient Athens on Five Drachmas a Day, Lives of the Romans (with Joanne Berry) and Legionary.