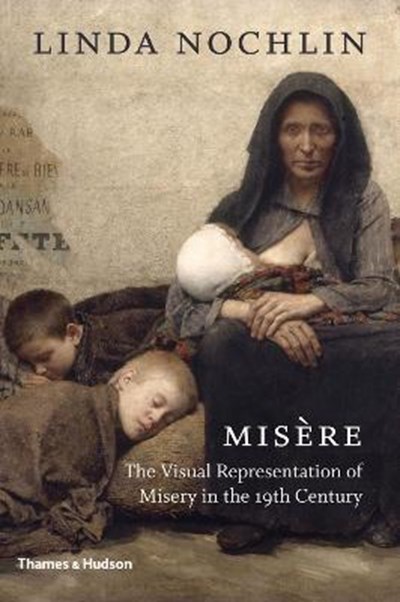 QTY
Add to Basket
Publisher: Thames & Hudson Ltd
ISBN: 9780500239698
Number of Pages: 176
Published: 12/04/2018
Width: 15.3 cm
Height: 23.4 cm
Description Author Information Reviews
The coming of the Industrial Revolution in the early 19th century witnessed unprecedented changes in society: rapid economic progress went hand-in-hand with appalling working conditions, displacement, squalor and destitution for those at the bottom of the social scale. These new circumstances presented a challenge to contemporary image-makers, who wished to capture the effects of hunger, poverty and alienation in Britain, Ireland and France in the era before documentary photography. In this groundbreaking book, the eminent art historian Linda Nochlin examines the styles and expressive strategies that were used by artists and illustrators to capture this misere, roughly characterized as poverty that afflicts both body and soul. She investigates images of the Irish Famine in the period 1846-51; the gendered representation of misery, particularly of poor women and prostitutes; and the work of three very different artists: Theodore Gericault, Gustave Courbet and the less wellknown Fernand Pelez. The artists' desire to depict the poor and the outcast accurately and convincingly is still a pertinent issue, though now, as Nochlin observes, the question has a moral and ethical dimension - does the documentary style belittle its subjects and degrade their condition?

Linda Nochlin (1931-2017) was Lila Acheson Wallace Professor Emerita of Modern Art at the New York University Institute of Fine Arts. She wrote extensively on issues of gender in art history and on 19th-century Realism. Her numerous publications include Women, Art and Power, Representing Women and Courbet, as well as the pioneering essay from 1971: `Why Have There Been No Great Women Artists?'