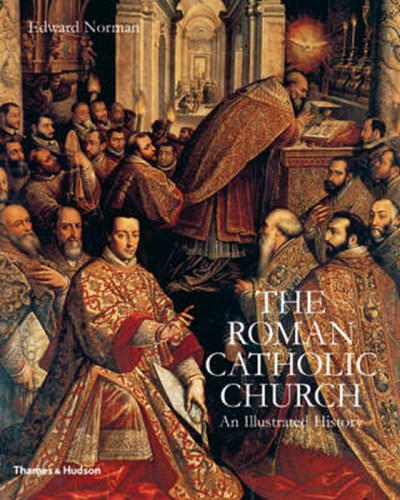 QTY
Add to Basket
Publisher: Thames & Hudson Ltd
ISBN: 9780500251324
Published: 19/03/2007
Description Author Information Reviews
The history of the Roman Catholic Church is the gateway to understanding 2,000 years of Western and at times world civilization. Edward Normans lavishly illustrated new account, set to become a classic, begins with how Roman Catholics understand their faith, before telling the story of the multifarious ways in which their Church has shaped the lives and beliefs of Christian and non-Christians alike. Every Roman Catholic should read this book; and everyone with the least interest in what shaped our world today will learn from it.

Edward Norman lectured in history at the University of Cambridge and is an Emeritus Fellow of Peterhouse. A former Reith Lecturer for the BBC, Dr Norman has written widely on the history of Christianity and his most recent books include The Victorian Christian Socialists, Secularization and The House of God: Church Architecture, Style and History, reissued in paperback by Thames & Hudson in 2005.