Books Do Furnish a Painting 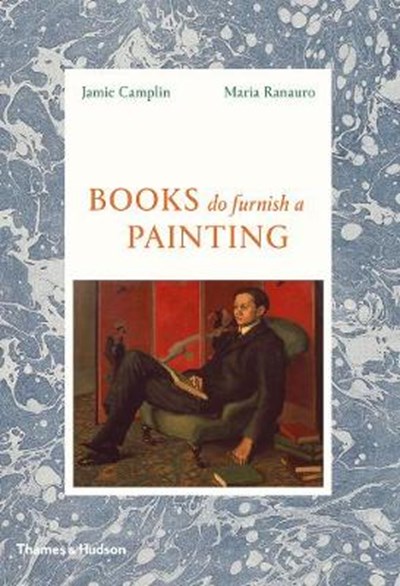 Books Do Furnish a Painting

QTY
Add to Basket
Publisher: Thames & Hudson Ltd
ISBN: 9780500252253
Number of Pages: 256
Published: 06/09/2018
Width: 16.5 cm
Height: 24 cm
Description Author Information Reviews
What should you do at Christmas? In Edvard Munch's Christmas in the Brothel, the artist depicts himself sleeping off the effects of drink, but the Madame reads a book. What links Stalin and the artist Rosso Fiorentino? What was Gauguin hinting at when he painted a copy of Milton's Paradise Lost into a portrait of a friend? How did a chance meeting on Unter den Linden make the young owner of The Red Book famous? Was it true that no one ever saw Picasso with a book in his hand? And why were the Cumberland girls reading The Fashionable Lover in Romney's commissioned portrait? Thousands of fine paintings include books in their subject matter. This companionable survey first asks `what is a book?'; it explores the symbiotic relationship between the development of books and the emergence of our modern idea of the role of the artist; it parades and interprets the work of many of the greatest artists of the last five hundred years; and it explains how and why books became the single most ubiquitous feature of our cultural lives and, in large measure, of our everyday existence. These paintings connect us with centuries of lived experience: religious systems, symbols of all kinds, education, changing patterns of transport, gender roles, social status, romance, the imagination of children, literary life, sex, friendship, civilized bathing, professional competence, scientific discovery, aids to rest, aids to reflection, danger... books tell us about ourselves, and have earned their place in life - and art - through the ages.

Jamie Camplin graduated from Cambridge in 1968 with a Double First in History. He was Editorial Director, Thames & Hudson, 1979-2005, and Managing Director, 2005-13. He is the author of The Rise of the Plutocrats: Wealth and Power in Edwardian England (1978) and 1914 The King Must Die (2015). According to bestselling biographer Michael Holroyd, in The Times, he writes with `skill and a wry romantic wit. I can see he is playing brilliantly.' Maria Ranauro studied art history at the Courtauld Institute. After taking her MA in 2005, she worked in the publishing department at the National Gallery, London, and was responsible for the visual content of a number of seminal exhibition catalogues. She is now Senior Picture Researcher at Thames & Hudson and in January 2016 won the Longman-History Today Picture Researcher of the Year Award.