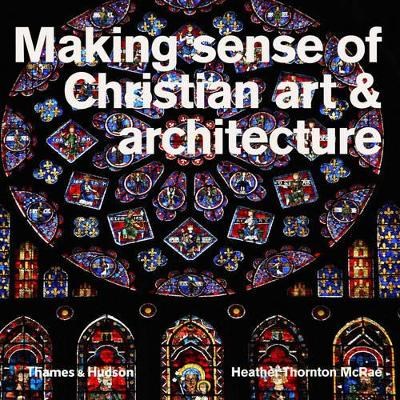 QTY
Add to Basket
Publisher: Thames & Hudson Ltd
ISBN: 9780500291702
Number of Pages: 224
Published: 11/05/2015
Width: 15 cm
Height: 15 cm
Description Author Information Reviews
Making Sense of Christian Art & Architecture is designed to equip the cultural tourist and art student with the means to interpret each painting, building, or artifact in terms of the iconography and symbolism of Christianity. With reference to 100 clearly illustrated and diverse historical works, readers will learn to identify the telling details that mean so much to Christians. The book's layout is both visually striking and accessible. Each double-page spread features a full-page colour photograph of either a detail of the work or its context, depending on the subject, with a second photograph chosen to illustrate important aspects of the work. Alongside is a detailed exposition of the work's significance in Christian art history and philosophy, with key historical facts about the work, including where it may be seen today. By tracing the paths between Christian belief and artistic intention, this book will deepen understanding not only of Christian art and architecture but also of Christianity itself.

Heather Thornton McRae has designed and taught courses on medieval Christianity and given papers and invited lectures on Viking religion, religious just war theory, and medieval Christian translations of the Qur'an.