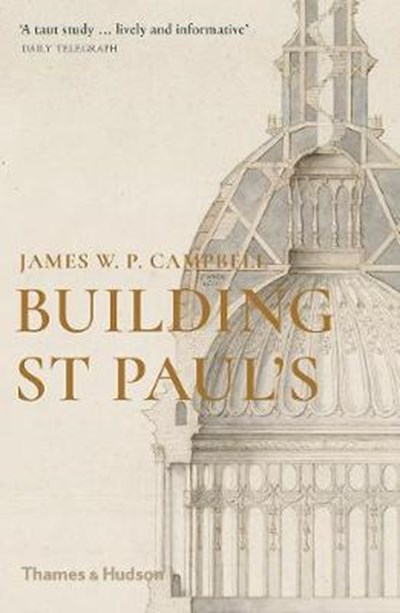 QTY
Add to Basket
Publisher: Thames & Hudson Ltd
ISBN: 9780500295502
Number of Pages: 176
Published: 16/01/2020
Width: 12.9 cm
Height: 19.8 cm
Description Author Information Reviews
Building St Paul's tells the story of the cathedral that has dominated London's skyline for 300 years and of those responsible for its construction from the time of the disastrous Great Fire to final completion in 1708. The figure of Sir Christopher Wren is well known, but this book also considers those ordinary craftsmen, the contractors and overseers, the quarrymen on the Isle of Portland, the humble stonemasons and carpenters who shaped the materials. James Campbell is the first historian to plough through the documents in search of these people: he describes life on a seventeenth-century building site, the workers' day-to-day responsibilities, how some were poorly paid while others became millionaires. He also unravels the struggles for money that at one time threatened to undermine the whole enterprise. Campbell's account reaffirms St Paul's not only as one man's masterwork, but as an incredible collaborative achievement.

Dr James Campbell, an architect and art historian, is Seear Fellow in Architecture and History of Art at Queen's College, Cambridge. His books include The Library: A World History and Brick: A World History, both published by Thames & Hudson.