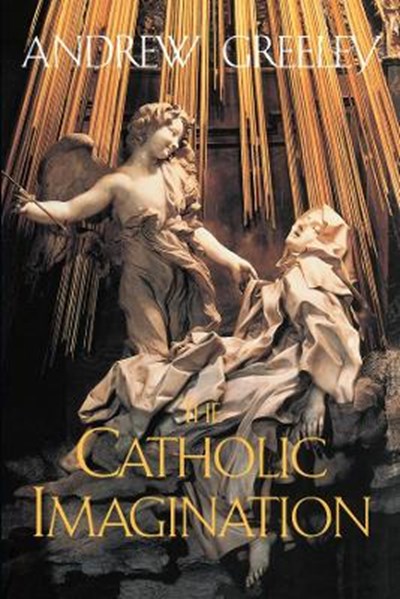 eBook FAQ
Add to Basket
Publisher: University of California Press
ISBN: 9780520232044
Number of Pages: 213
Published: 01/10/2001
Width: 14 cm
Height: 21 cm
Description Author Information Reviews
Catholics live in an enchanted world: a world of statues and holy water, stained glass and votive candles, saints and religious medals, rosary beads and holy pictures. But these Catholic paraphernalia are merely hints of a deeper and more pervasive religious sensibility that inclines Catholics to see the Holy lurking in creation. The world of the Catholic is haunted by a sense that the objects, events, and persons of daily life are revelations of Grace. In this fascinating discussion of what is unique about the Catholic worldview and culture and what distinguishes it from Protestantism, Andrew Greeley--one of the most popular and prolific authors writing today--examines the religious imagination that shapes Catholics' lives. In a lively and engaging narrative, Greeley discusses the central themes of Catholic culture: Sacrament, Salvation, Community, Festival, Structure, Erotic Desire, and the Mother Love of God. Ranging widely from Bernini to Scorsese, Greeley distills these themes from the high arts of Catholic culture and asks: Do these values really influence people's lives? Using international survey data, he shows the counterintuitive ways in which Catholics are defined. He goes on to root these behaviors in the Catholic imagination. As he identifies and explores the fertile terrain of Catholic culture, Greeley illustrates the enduring power of particular stories, images, and orientations in shaping Catholics' lived experience. He challenges a host of assumptions about who Catholics are and makes a strong case for the vitality of the culture today. The Catholic imagination is sustained and passed on in relationships, the home, and the community, Greeley shows. Absorbing, compassionate, and deeply informed, this book provides an entirely new perspective on the nature and role of religion in daily life for Catholics and non-Catholics alike.

Andrew Greeley is Professor of Sociology at the University of Chicago and the University of Arizona and Research Associate at the National Opinion Research Center. He is the author of numerous books, including Religion as Poetry (1996), Catholic Myth: The Behavior and Beliefs of American Catholics (1994), Religious Changes in America: Social Trends (1989), Confessions of a Parish Priest (1986), and American Catholics: A Social Portrait (1977), in addition to more than thirty novels.

"The Catholic Imagination is vintage Greeley, at his most thought-provoking, insightful, charming, and readable. As a skilled novelist, he leads his reader through personal anecdotes and lively descriptions of the works of art to a series of interpretations that point to an identifiably Catholic way of looking at the world. As a trained sociologist, he turns these observations into hypotheses and tests them against the statistical data that he and others have gathered from examining the attitudes of ordinary, everyday Catholics. Greeley finds a remarkable consistency between sensibilities revealed in works of high art, popular art, and the lived experience of Catholics that he calls appropriately the Catholic imagination." - Richard A. Blake, S.J., Theological Studies "Greeley has written a lively, controversial, and stimulating book in which he describes a Catholic imagination which is different from (not better or worse than) a Protestant imagination. Going beyond his own position, I believe Protestants have much to learn not just about the Catholic imagination but from it as he describes it." - Robert Bellah, coauthor of Habits of the Heart "A perceptive examination of the prominent role played by ritual, imagination, and spirituality in the everyday lives of both practicing and nonpracticing Catholics." - Margaret Flanagan, Booklist "Greeley draws on art, literature, music and films produced by Catholics, ranging from the Baroque sculptures of Bernini to the contemporary fiction of James T. Farrell." - Publishers Weekly