Eusebius of Caesarea and His Readers 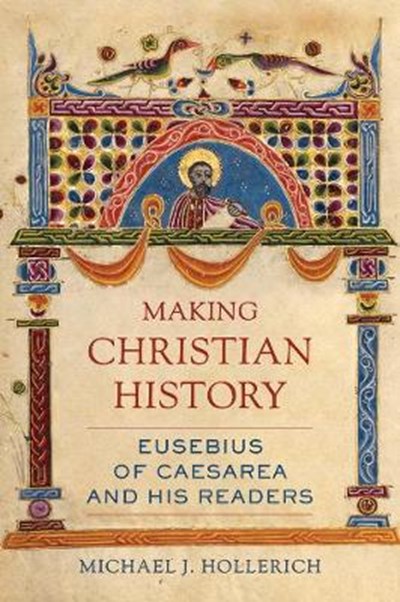 Eusebius of Caesarea and His Readers

QTY
Add to Basket
Publisher: University of California Press
ISBN: 9780520295360
Number of Pages: 332
Published: 22/06/2021
Width: 15.2 cm
Height: 22.9 cm
Description Author Information Reviews
Known as the "Father of Church History," Eusebius was bishop of Caesarea in Palestine and the leading Christian scholar of his day. His Ecclesiastical History is an irreplaceable chronicle of Christianity's early development, from its origin in Judaism, through two and a half centuries of illegality and occasional persecution, to a new era of tolerance and favor under the Emperor Constantine. In this book, Michael J. Hollerich recovers the reception of this text across time. As he shows, Eusebius adapted classical historical writing for a new "nation," the Christians, with a distinctive theo-political vision. Eusebius's text left its mark on Christian historical writing from late antiquity to the early modern period-across linguistic, cultural, political, and religious boundaries-until its encounter with modern historicism and postmodernism. Making Christian History demonstrates Eusebius's vast influence throughout history, not simply in shaping Christian culture but also when falling under scrutiny as that culture has been reevaluated, reformed, and resisted over the past 1,700 years.

Michael J. Hollerich is Professor of Theology at the University of St. Thomas, author of Eusebius of Caesarea's Commentary on Isaiah, coeditor of the fourth edition of The Christian Theological Tradition, and translator of Erik Peterson's Theological Tractates.