Christianity and the Eastern Slavs, Volume I

Slavic Cultures in the Middle Ages 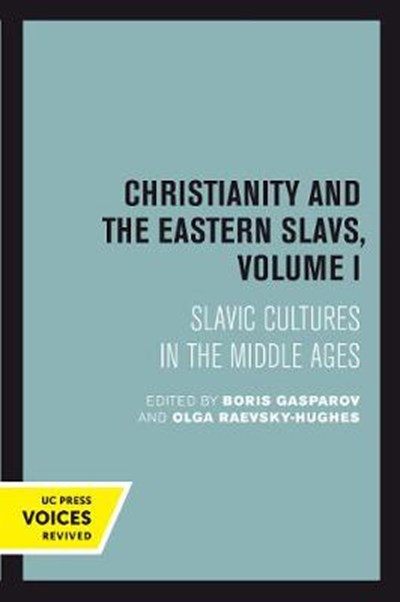 Christianity and the Eastern Slavs, Volume I

Slavic Cultures in the Middle Ages

QTY
Add to Basket
Publisher: University of California Press
ISBN: 9780520302471
Number of Pages: 388
Published: 10/07/2018
Width: 15.2 cm
Height: 22.9 cm
Description Author Information Reviews
This publication in three volumes originated in papers delivered at two conferences held in May 1988 at the University of California, Berkeley, and the Kennan Institute for Advanced Russian Studies in Washington, DC. Like many other conferences organized that year in the United States, Europe, and the Soviet Union, they were convened to commemorate the millennium of the acceptance of Christianity in Rus'. This collection of essays throws light on the enormous, truly unique role that the Christian tradition has played throughout the centuries in shaping the nations that spring from Kievan Rus'-the Russians, Ukrainians, and Belorussians. Although these volumes devote greater attention to Russian culture, the investigation of the issue in the history of Christianity in Ukrainian and Belorussian cultures occupies an important and integral part of the project. Volume ISlavic Cultures in the Middle AgesEdited by Boris Gasparov and Olga Raevsky-Hughes Volume IIRussian Culture in Modern TimesEdited by Robert P. Hughes and Irina Paperno Volume IIIRussian Literature in Modern TimesEdited by Boris Gasparov, Robert P. Hughes, Irina Paperno, and Olga Raevsky-Hughes This title is part of UC Press's Voices Revived program, which commemorates University of California Press's mission to seek out and cultivate the brightest minds and give them voice, reach, and impact. Drawing on a backlist dating to 1893, Voices Revived makes high-quality, peer-reviewed scholarship accessible once again using print-on-demand technology. This title was originally published in 1993.

Boris Gasparov is the Boris Bakhmeteff Professor Emeritus of Russian and East European Studies at Columbia University. Olga Raevsky-Hughes is Professor Emerita of Slavic Languages and Literatures at the University of California, Berkeley.