Life of the Syrian Saint Barsauma 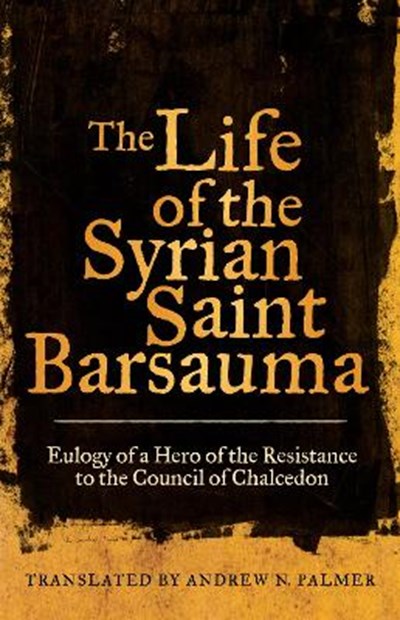 Life of the Syrian Saint Barsauma

QTY
Add to Basket
Publisher: University of California Press
ISBN: 9780520304178
Number of Pages: 156
Published: 01/09/2020
Width: 12.7 cm
Height: 19.7 cm
Description Author Information Reviews
Andrew N. Palmer's vivid translation of the Syriac Life of Barsauma opens a fascinating window onto the ancient Middle East, seen through the life and actions of one of its most dramatic and ambiguous characters: the monk Barsauma, ascetic hero to some, religious terrorist to others. The Life takes us into the eye of the storm that raged around Christian attempts to define the nature of Christ in the great Council of Chalcedon, the effect of which was to split the growing Church irrevocably, with the Oriental Orthodox on one side and Greek Orthodox and Roman Catholic on the other. Previously known only in extracts, this ancient text is now finally brought to readers in its entirety, casting dramatic new light on the relations among pagans, Jews, and Christians in the Holy Land and on the role of religious violence, real or imagined, in the mental world of a Middle East as shot through with conflict as it is today.

Andrew N. Palmer studied Syriac at Mor Gabriel in Tur Abdin before writing his doctoral thesis on that monastery. He is the author of Monk and Mason on the Tigris Frontier: The Early History of Tur Abdin.