Passion of Perpetua and Felicitas in Late Antiquity 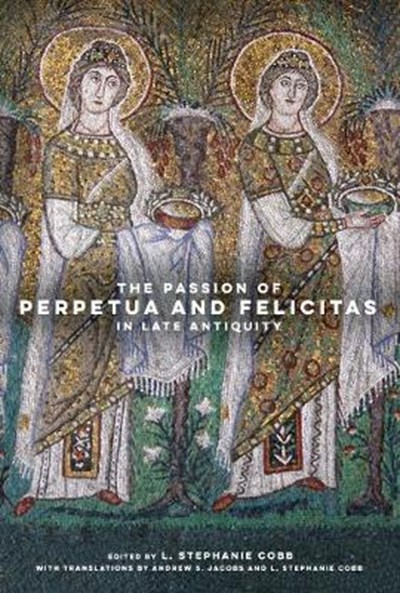 Passion of Perpetua and Felicitas in Late Antiquity

QTY
Add to Basket
Publisher: University of California Press
ISBN: 9780520379039
Number of Pages: 380
Published: 10/03/2021
Width: 15.2 cm
Height: 22.9 cm
Description Author Information Reviews
This volume gathers all available evidence for the martyrdoms of Perpetua and Felicitas, two Christian women who became, in the centuries after their deaths in 203 CE, revered throughout the Roman world. Whereas they are now known primarily through a popular third-century account, numerous lesser known texts attest to the profound place they held in the lives of Christians in late antiquity. This book brings together narratives in their original languages with accompanying English translations, including many related entries from calendars, martyrologies, sacramentaries, and chronicles, as well as artistic representations and inscriptions. As a whole, the collection offers readers a robust view of the veneration of Perpetua and Felicitas over the course of six centuries, examining the diverse ways that a third-century Latin tradition was appreciated, appropriated, and transformed as it circulated throughout the late antique world.

L. Stephanie Cobb is George and Sallie Cutchin Camp Professor of Bible at the University of Richmond. She is the author of Dying to Be Men: Gender and Language in Early Christian Martyr Texts and Divine Deliverance: Pain and Painlessness in Early Christian Martyr Narratives. Andrew S. Jacobs is a historian of early Christianity based outside Boston, Massachusetts. His most recent book, Epiphanius of Cyprus: A Cultural Biography of Late Antiquity, won the Philip Schaff Prize from the American Society of Church History.