Rich and the Pure

Philanthropy and the Making of Christian Society in Early Byzantium 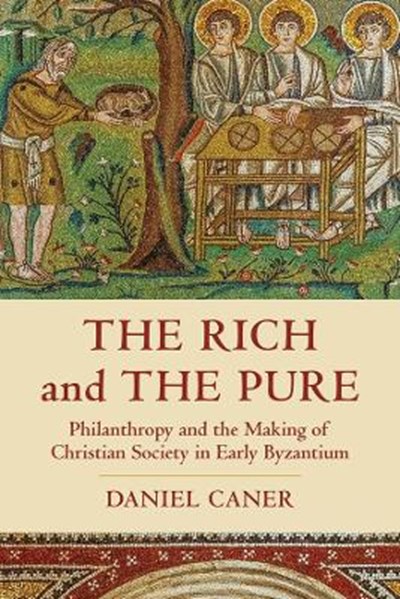 Rich and the Pure

Philanthropy and the Making of Christian Society in Early Byzantium

QTY
Add to Basket
Publisher: University of California Press
ISBN: 9780520381582
Number of Pages: 440
Published: 07/09/2021
Width: 15.2 cm
Height: 22.9 cm
Description Author Information Reviews
A portrait of history's first complex Christian society as seen through the lens of Christian philanthropy and gift giving As the Roman Empire broke down in western Europe, its prosperity moved decisively eastward, to what is now known as the Byzantine Empire. Here was born history's first truly affluent, multifaceted Christian society. One of the ideals used to unite the diverse millions of people living in this vast realm was the Christianized ideal of philanthropia. In this sweeping cultural and social history, Daniel Caner shows how philanthropy required living up to Jesus's injunction to "Give to all who ask of you," by offering mercy and/or material aid to every human being, regardless of their origin or status. Caner shows how Christian philanthropy became articulated through distinct religious ideals of giving that helped define proper social relations among the rich, the poor, and "the pure" (Christian holy people), resulting in new and enduring social expectations. In tracking the evolution of Christian giving over three centuries, he brings to the fore the concerns of the peoples of Early Byzantium, from the countryside to the lower levels of urban society to the imperial elites, as well as the hierarchical relationships that arose among them. The Rich and the Pure offers nothing less than a portrait of the whole of early Byzantine society.

Daniel Caner is Associate Professor at Indiana University, Bloomington. His previous books include Wandering Begging Monks: Spiritual Authority and the Promotion of Monasticism in Late Antiquity and History and Hagiography from the Late Antique Sinai.