Bible, Protestantism, and the Rise of Natural Science 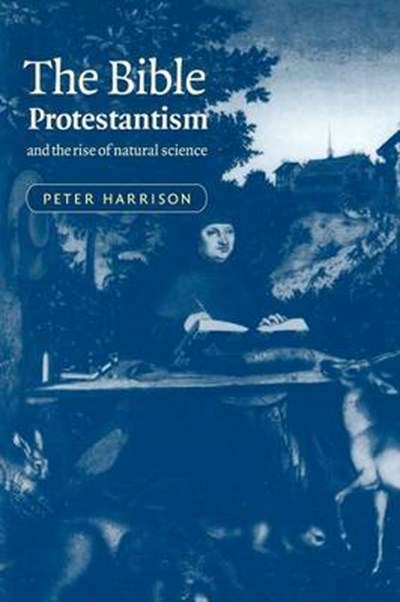 Bible, Protestantism, and the Rise of Natural Science

QTY
Add to Basket
Publisher: Cambridge University Press
ISBN: 9780521000963
Number of Pages: 328
Published: 26/07/2001
Width: 15.3 cm
Height: 22.8 cm
Description Author Information Reviews
Peter Harrison examines the role played by the Bible in the emergence of natural science. He shows how both the contents of the Bible, and more particularly the way it was interpreted, had a profound influence on conceptions of nature from the third century to the seventeenth. The rise of modern science is linked to the Protestant approach to texts, an approach which spelt an end to the symbolic world of the Middle Ages and established the conditions for the scientific investigation and technological exploitation of nature.

Peter Harrison is Professor of Philosophy at Bond University in Australia. He has published widely in the area of the history of ideas and in particular on philosophy and religion in the early modern period. He is the author of Religion and the Religions in the English Enlightenment (Cambridge, 1990).

'This is a learned book, enormously ambitious, clearly and elegantly written, copiously documented, subtly and persuasively argued. I do not believe it has any serious rival, for the boldness of its interpretations and the quality of its scholarship, among books on the relationship between Protestantism and science.' David C. Lindberg, Isis '... an extraordinarily interesting and well documented study ... In addition to its novelty, richness, and suggestiveness, Harrison's work is characterized by meticulous organization, felicitous formulations of the critical issues it addresses, and a very engaging style. It will make a lasting contribution to early modern studies in literature, religion, and the history of science.' Eileen Reeves, Renaissance Quarterly 'This is probably the most significant contribution to the early modern relationship between science and religion to be published for ten years; it will no doubt be much discussed and leave a permanent mark on our understanding of the issues with which it deals.' Fraser Watts, Expository Times '... admirably lucid ... an arresting and provocative thesis ... Harrison's sophisticated analysis is essential reading for anyone interested in the field of science-and-religion. It will also appeal to historians of science wrestling with the enduring problem of why the sciences took off so spectacularly in Europe precisely when they did.' John Hedley Brooke, Metascience 'This is an impressive and important contribution to the burgeoning literature on the interrelations between science and religion in the early modern period.' Geoffrey Cantor, University of Leeds