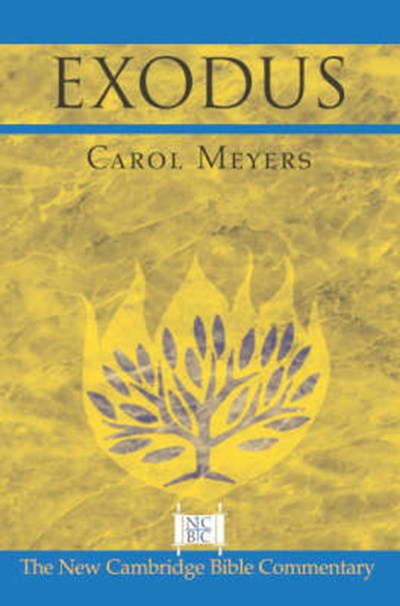 This commentary views Exodus as a cultural document, preserving the collective memories of the Israelites and relating them to the major institutions and beliefs that emerged by the end of the period of the Hebrew Bible. It is intended to help the reader follow the story line of Exodus, understand its socio-cultural context, appreciate its literary features, recognize its major themes and values, and also note its interpretive and moral problems. It explains important concepts and terms as expressed in the Hebrew original so that both people who know Hebrew and those who don't will be able to follow the discussion. Frequent 'closer look' sections examine key elements of the Ancient Near East that bear on the text's meaning, while 'Bridging the Horizons' articles connect this world with the cultural, political and religious environments of today.

Carol Meyers is currently the Mary Grace Wilson Professor in the Department of Religion at Duke University. Meyers has authored, co-authored or edited such books as Haggai and Zechariah 1-8 and Zechariah 9-14, The Excavations of the Ancient Synagogue at Gush Halav, Discovering Eve: Ancient Israelite Women in Context and Women in Scripture.

'Carol Meyer's Exodus is part of the New Cambridge Bible Commentary series ... she guides readers through modern scholarship as she examines the historical, social, literary, and religious dimensions.' Church Times