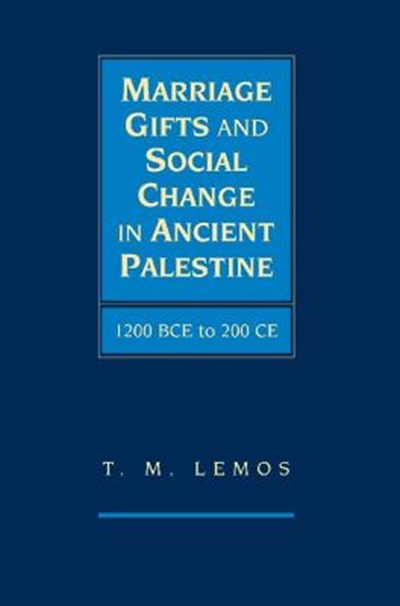 QTY
Add to Basket
Publisher: Cambridge University Press
ISBN: 9780521113496
Number of Pages: 318
Published: 31/03/2010
Width: 16 cm
Height: 23.4 cm
Description Author Information Reviews
T. M. Lemos traces changes in the marriage customs of ancient Palestine over the course of several hundred years. The most important of these changes was a shift in emphasis from bridewealth to dowry, the latter of which clearly predominated in the Hellenistic and Roman periods. Whereas previous scholarship has often attributed these shifts to the influence of foreign groups, Lemos connects them instead with a transformation that occurred in Palestine's social structure during the very same period. In the early Iron Age, Israel was a kinship-based society with a subsistence economy, but as the centuries passed it became increasingly complex and developed marked divisions between rich and poor. At the same time, the importance of its kinship groups waned greatly. Utilizing an interdisciplinary approach that draws heavily on anthropological research, cultural theory, archaeological evidence, and historical-critical methods, Lemos posits that shifts in marriage customs were directly related to these wider social changes.

T. M. Lemos is a Biblical scholar and historian whose interests are broadly social and cultural. In addition to marriage and social change, she has written on such topics as the connection between shame and violence, on reconceiving biblical purity customs, and on the work of Mary Douglas. Her next large scale research project will address changing conceptions of masculinity in ancient Palestine. She hopes to publish widely on a range of Biblical and cross-cultural subjects over the course of her career.

'This Yale doctoral dissertation is noteworthy for its use of anthropological theory.' International Review of Biblical Studies