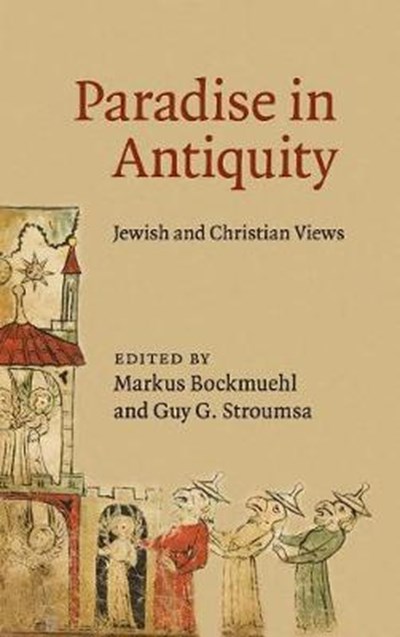 eBook FAQ
Add to Basket
Publisher: Cambridge University Press
ISBN: 9780521117869
Number of Pages: 272
Published: 03/06/2010
Width: 15.9 cm
Height: 23.5 cm
Description Author Information Reviews
The social and intellectual vitality of Judaism and Christianity in antiquity was in large part a function of their ability to articulate a viably transcendent hope for the human condition. Narratives of Paradise - based on the concrete symbol of the Garden of Delights - came to play a central role for Jews, Christians, and eventually Muslims too. The essays in this volume highlight the multiple hermeneutical perspectives on biblical Paradise from Second Temple Judaism and Christian origins to the systematic expositions of Augustine and rabbinic literature. They show that while early Christian and Jewish sources draw on texts from the same Bible, their perceptions of Paradise often reflect the highly different structures of the two sister religions. Dealing with a wide variety of texts, these essays explore major themes such as the allegorical and literal interpretations of Paradise, the tension between heaven and earth, and Paradise's physical location in space and time.

Markus Bockmuehl is a Fellow of Keble College and Professor of Biblical and Early Christian Studies at the University of Oxford. He is the editor of The Cambridge Companion to Jesus (Cambridge, 2001) and the co-editor (with Don Hagner) of The Written Gospel (Cambridge, 2005). Guy G. Stroumsa is Professor of the Study of the Abrahamic Religions and a Fellow of Lady Margaret Hall at the University of Oxford, and Martin Buber Professor of Comparative Religion, Emeritus, at the Hebrew University of Jerusalem. He is the author of The End of Sacrifice (2009) and the co-editor (with Graham N. Stanton) of Tolerance and Intolerance in Early Judaism and Christianity (Cambridge, 1998).

'... the following papers included in this collective volume are most closely related to biblical studies: J. Schaper, The Messiah in the Garden: Joyhn 19:38-41, (royal) gardens and messianic concepts, Philo's scholarly inquiries into the story of Paradise; R. Bauckham, Paradise in the Bibical antiquities of Peseudo-Philo; M. Goodman, Paradise, gardens and the afterlife in the first century CE.' International Review of Biblical Studies '... this is a significant volume which successfully communicates the wide variety of interpretations of Paradise in Late Antiquity and makes a valuable contribution to an already rich field of study.' Theology 'Collections of this kind stand or fall on the ability of their essays to cover their subject meaningfully and intelligently. This volume succeeds.' H-Judaic (h-net.org/~judaic)