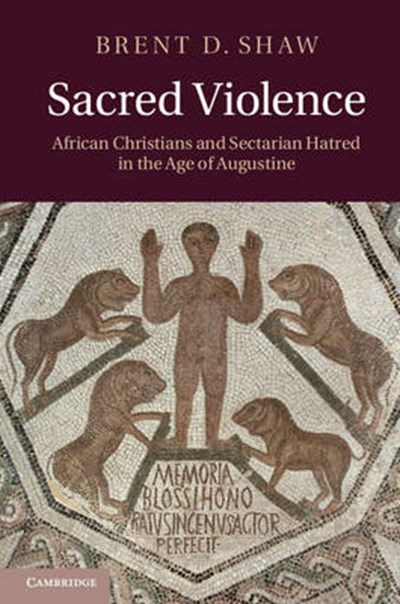 eBook FAQ
Add to Basket
Publisher: Cambridge University Press
ISBN: 9780521196055
Number of Pages: 930
Published: 31/05/2011
Width: 16 cm
Height: 23.5 cm
Description Author Information Reviews
One route to understanding the nature of specifically religious violence is the study of past conflicts. Distinguished ancient historian Brent D. Shaw provides a new analysis of the intense sectarian battles between the Catholic and Donatist churches of North Africa in late antiquity, in which Augustine played a central role as Bishop of Hippo. The development and deployment of images of hatred, including that of the heretic, the pagan, and the Jew, and the modes by which these were most effectively employed, including the oral world of the sermon, were critical to promoting acts of violence. Shaw explores how the emerging ecclesiastical structures of the Christian church, on one side, and those of the Roman imperial state, on the other, interacted to repress or excite violent action. Finally, the meaning and construction of the acts themselves, including the Western idea of suicide, are shown to emerge from the conflict itself.

Brent D. Shaw is currently the Andrew Fleming West Professor of Classics at Princeton University. He has published widely on the regional history of the Roman empire - with particular emphasis on the North African provinces and the problem of violence in its historical contexts - in major journals including the Journal of Roman Studies, Past and Present and the American Historical Review. He has also written, with other Princeton faculty in history, a new world history text entitled Worlds Together, Worlds Apart.

'Shaw draws upon a knowledge and expertise in African History, secular as well as sacred, which is hard to match among his contemporaries, and certainly unequalled among those who are writing in English. His handling of the 'revolts' of Firmus, Gildo and Heraclian is as assured and authoritative as his treatment of the Circumcellions, which is, quite simply, the best available in any language.' Peter Garnsey, Professor of the History of Classical Antiquity, University of Cambridge